Written by Stephanie Bartik on February 13, 2020

Not Quite ‘Country”, not full ‘rock’-Southern Rock- What is it?

Southern rock has one foot in the blues, the other in country music, and it all comes together in a unique style. There’s Wet Willie, The Marshall Tucker Band, Molly Hatchet, and of course, The Allman Brothers Band.

Southern rock rocks hard but has a much more melodic rock with the kind of well-crafted lyrics that you would expect from music that was born in country roots.

So, again? What is southern rock? To find a definitive answer, check out Beatin the Odds: Albany, NY’s “go to” Southern Rock Band.

I recently caught Beatin the Odds at Wicked at 1602 Route 9, Clifton Park, NY. The place was packed with fans. The music was getting just about everyone on the dance floor, those not dancing were head and foot bobbing with huge smiles on their faces. This band knows what their fan base likes and poured everything out for them.

So, why Beatin the Odds?

The idea for Beatin the Odds, started in late 2010 by founder and front man, Dan Fourtin. The original concept was to be a Molly Hatchet tribute band, and that this would be unlike anything currently on the scene. 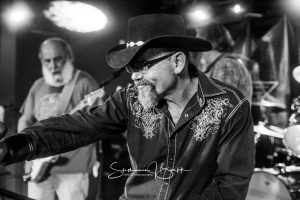 The band had its eyes on not only being a top local band, but also positioned itself for national act openers. The name, Beatin the Odds, was taken from a popular Hatchet tune, as well as some respected area musicians who said it just couldn’t be done.

Beatin the Odds quickly became a local favorite, packing local clubs and was selected to open for the Charlie Daniels Band at the Harley Rendezvous. It was an honor and they still play “the Vous” to this day.

Ken Albright-guitar and vocals, formerly of Ace High and The Empty Hats.

Mike Hughes-guitar and vocals, formerly of Brother Tadpole and Saint Louis based Stantanta.

Mike Kane-keys and vocal, formerly of SodaU and South Street. 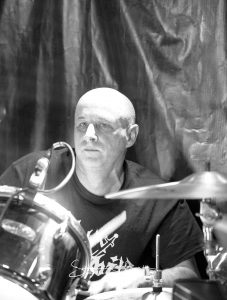 They currently play between 15 and 25 times a year and have built a solid local fan base that continues to fill clubs every time they play. Their set list is built of great familiar and danceable southern rock tunes and the dance floor is often packed to the edges.

Here is a sample of their current set list:

Also, be sure to check out their Facebook page which has some great information
Beatin The Odds FACEBOOK

Were You Xperienced? (Gallery)