The Glenn Slingerland Situation – How the Weekend Ends.

Today, YouTube is a universe set in an oblong box with a play/pause button. You can listen to long forgotten music, laugh at someone’s wit (or misfortune,) pass the time with a famous stranger, and with millions of DIY videos, earn a Doctorate in the school of Hard Knocks.

The Glenn Slingerland Situation, a half-hour, weekly show, has been bringing good tunes, glad tidings and a little quirk to Sunday nights for seventeen years – (and before that from 1987-2002 as a weekly Sunday Night radio show). They’ve been a diner off the information superhighway that serves a Capital Region cuisine, and the waitresses are stunning.

We sit down with Glenn Slingerland and talk about the menu.

RRX: Glenn, I’ll admit to being a newbie here when it comes to the Glenn Slingerland Situation, and I may not be alone. So can you shine a beacon of light out to the digital netherworld and reel us in? What is the Situation, and why do we need to be there?

GS: Well we’re your Sunday Night late night TV show! We adapted the radio show for television in 2002, and were on MY4 Albany WNYA through 2012, and have been on our global YouTube channel GSSTV since 2012.
Think of us as your pals who stop by to finish off the weekend with new music, and offbeat fun – and if you like spending a little time and winding down your weekend with us, well maybe you’ll want to do it again next week, and beyond. Remember, the weekend’s not over till we say so!

RRX: I always go into an interview by filling my head with my subject, whether it’s buying a CD or, in this case, watching a few episodes. But the Glenn Slingerland Situation’s been a TV show for seventeen years. If you could have me search your archives for a month and year, which one, and why?

GS: Well, as a weekly late night broadcast, we focus on being current, but we do make it convenient to catch up on our latest telecasts, over the last month or so, on our channel GSSTV.
Our Situation song videos are all in a rotation, the newest songs return more frequently as you might expect. Our older songs, return much less frequently, but they were all new when we first did them. New is good!

RRX: Music is a huge part of what you do on the GSS. Just in the most recent episodes, I’ve heard everything from blues to jazz to soft rock. What I don’t hear is anything I’ve ever heard before. What goes into your musical gris gris bag?

GS: Something we’ve always felt very strongly about, going all the way back to our radio days, is not categorizing music. We want people to try things without worrying about what box it fits into. In fact some our favorite stuff doesn’t fit neatly into any box! Therefore our format is simply – “The Situation!”. We featured Phantogram when they were brand new, and yet also feature legends like Jeff Beck, and a number of lesser known artists in between, and beyond!

RRX: Also, comedy. In fact, on my limited experience with GSS, my description would swing between music and comedy. But the comedy isn’t slapstick and fart jokes. Or maybe I haven’t seen enough. I see intelligent, even abstract humor. Is that an approach, or a happy accident?

GS: Well yes, we prefer to be a bit more laid back as part of the Sunday Night late night vibe, taking our viewers maybe, somewhere else…David Letterman, Steve Martin, and Firesign Theatre would be some of our favorite influences. And we’re very proud to have stand up comedian Aaron David Ward with us each week. Aaron has been with us for 12 years, and on The Situation, because he’s not in front of a live audience, he adjusts his stand up act to weekly comedic commentary, sort of like “Andy Rooney on acid!”

RRX: You have a cast. A small cast, as I see it now, but maybe a larger cast over time. Let’s do something fun; give everybody origin stories. They don’t have to be true. They can involve super powers; why not?

Katelyn’s bubbly personality is a big hit in Troy

GS: Well all our beautiful, talented Situation Stars are from a “planet much like our own” as am I. Katelyn Perkins is in the studio with me these days, as are Amity Santa Lucia and Ann Jennings. Casey Miller, who is currently on maternity leave, has been with us since 2010!
We’ve had a number of talented Situation Stars over the years, all of them with unique super powers of their own. For example, when the earth’s rotation started speeding up recently during the vernal equinox, Katelyn was able to use her amazing powers to slow the rotation down and get our planet back into balance. You see we’re not just a TV show, we’re your full service Situation!

RRX: Let’s go for a technical question. You’ve been a TV show for now, seventeen years, including the last seven on YouTube. This is even more noteworthy than just the pure accomplishment of it, because over the past years, YouTube broadcasting has revolutionized so much in our culture. What can you tell us that only a show like GSS would know from just time in the medium?

GS: Well, we’re not trying to be one hit wonders like those exploding cats, or 3 year olds who memorize the Magna Carta. But because we were established as a TV Show, we’ve kept our TV format the same. We do break our show into 3 easily digestible parts each week but really the breaks come exactly where they did on TV, so it still flows as if it’s on a broadcast television channel, and you may find it even more enjoyable, streamed to a large TV screen with a good sound system!

YouTube GSSTV is our home for now, but think of all the new, exciting channels and media platforms changing our entertainment landscape so rapidly.

Who knows what new channel The Situation may appear on next, perhaps even an interplanetary channel for viewers on other planets!

We’ve learned the value of staying the course and always being your companions each week with new music and offbeat fun. A good broadcast builds habit over time, we just want to continue to be your weekly broadcast pals.

RRX: This is where you get to answer the question we didn’t ask. Anything coming up? Anything, or anyone you have your eye on? The floor is yours.

GS: We enjoy having the Capital Region as our home base, and occasionally shoot elsewhere in the state including in New York City. We find that Albany, Schenectady, and Troy have some nice industrial backdrops that we find interesting and it seems to fit our vibe. In fact Albany’s warehouse district, and downtown Troy are among our favorites!

Occasionally we need a few “extras” so viewers can get in touch with us if interested, and find out more about our current exploits, on Twitter (@GSSituation) and Facebook (/Glenn Slingerland).

Even though it’s been 17 years – we feel like we’re just getting started, and if you let us, we’d like to be your weekly pals well into the 22nd century!

Blurrdvision: Rapping Down The Road To Recovery 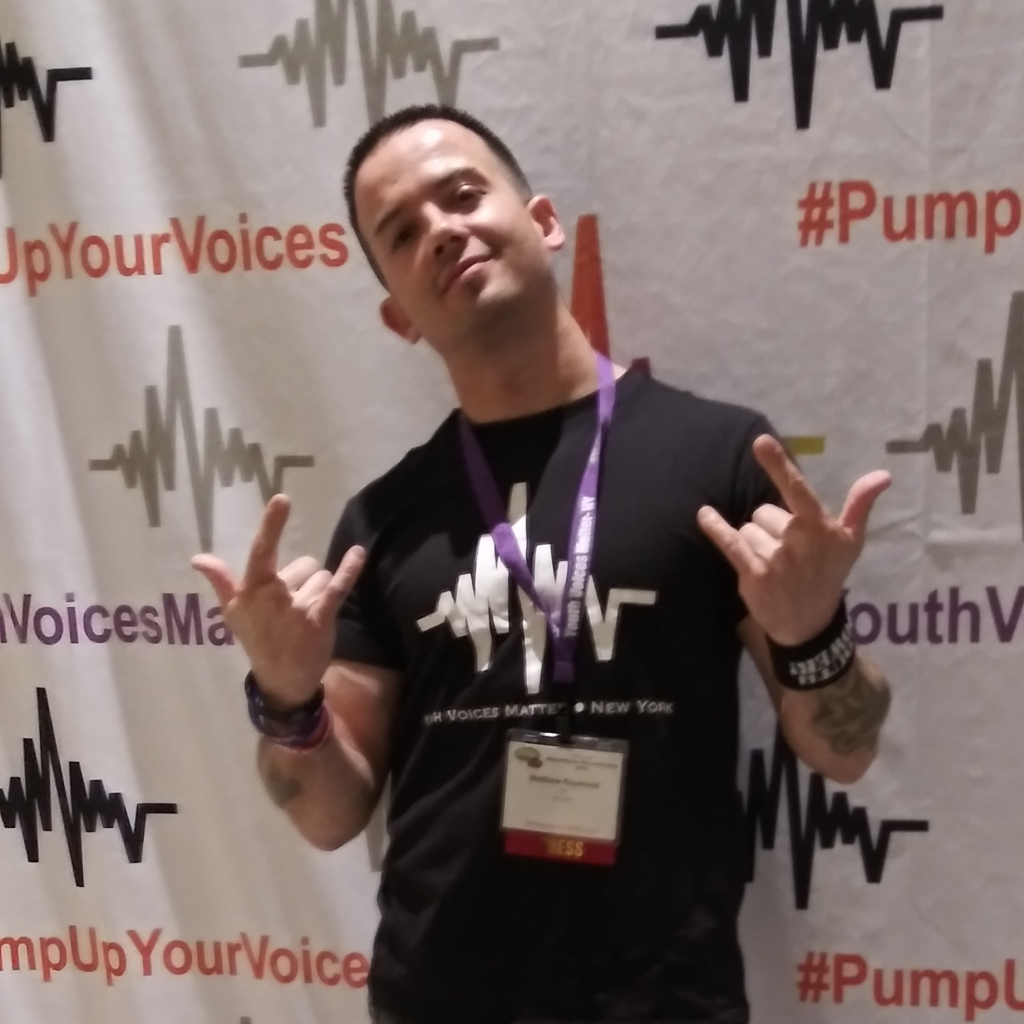