Swiss Army Scorpion – Roll Ten to Get The Leviathan Drunk

Unless you’ve spent the 21st century with your head planted firmly in quicksand, you’ve noticed that nerddom, or geekdom, or fandom is hot now. Which goes to figure, since back in your youth (should you be as old as I,) they were the masters of the computers that are now the masters of our social life. You could say some perks are due. Which brings us to Swiss Army Scorpion. A podcast of live role-playing, it shows, I think in the best way, that Dungeons & Dragons has truly come out of the basement. With Gamemaster Alex Perry, and players Joe Twardowski, Matt Couture, Nick D’Alessandro, Andrew Meager, and Tom Szalowski, Swiss Army Scorpion takes its listeners into the world, and heart, of role-playing games.

We sit down with Alex Perry and discuss my new character, the rum barrel.

RRX: Swiss Army Scorpion is a podcast of a group of six friends playing a version of Dungeons and Dragons (D&D) called Pathfinder. I know myself that when I hear about the different versions, or evolution of D&D through the years, that it feels confusing. How would you describe D&D versions, and Pathfinder specifically, in a nutshell?

AP: Great question! Well, the first thing to understand is that Pathfinder and D&D are actually completely separate entities, even though they look and feel very similar. D&D is a game owned by a company called Wizards of the Coast, and is currently in the fifth version of the game (D&D 5th edition). Pathfinder is owned by a company called Paizo, and was originally created to play and feel similar to D&D 3rd edition, but will soon move onto its second version (Pathfinder 2nd edition). Each version has its own rule set and mechanics unique to it, with any number of supplement rules, official adventures, monsters, etc. What both games and all versions within (including many many other tabletop role-playing games totally separate from D&D and Pathfinder) share in common is the way in which they’re experienced.
Each player is typically in charge of a single character, whose stats, abilities, skills, attacks, spells, etc. are all recorded on their character sheet. While playing the game, they control their character’s actions. Many actions require rolling a 20-sided die (d20) and adding the result to a certain bonus depending on how their character is built to determine the range of success in that action. Players may decide to appoint fun personality quirks, strange appearances, and even accents to their characters, and role-play these details during play. One other person takes on the role of Game Master (other games have different labels for this person, like Dungeon Master, Story Teller, etc.). The Game Master, or GM, doesn’t have a character or character sheet. Instead, he adjudicates the rules and controls the actions of the monsters the players fight, and role-plays any other characters that might crop up, say when the players ask the local guards about the recent nighttime disturbances in town, or even when they go to the local tavern and order an ale from the barkeep! With all the numbers, mechanics, and dice being rolled, it can sound like a confusing, clunky, and slow experience, but tabletop role-playing games like Pathfinder and D&D are actually very fluid, relaxing and fun! In its simplest terms, I’d call them interactive, collaborative storytelling experiences.

RRX: Putting gameplay on a podcast is a pretty cool idea. It really shows the fun of the game. Is it something not a lot of people are doing now, or is Swiss Army Scorpion just more visible than others?

AP: Wow, thank you for the benefit of the doubt! In actuality, the kind of show we put on (commonly referred to as an “Actual Play” Podcast) has become increasingly common in the last five or six years; a quick Google search can connect you to hundreds of different Actual Plays. Our little podcast is still finding its place among the giants of the industry, but we’re gaining listeners and support at a steady pace.

RRX: Dungeons and Dragons has come out of the perceived nerd culture of the past and entered into popular culture. Do you think it’s connected to the rise in popularity of gamer culture in general, or are there other factors people may not be aware of?

AP: That’s an interesting question; one that probably has lots of different factors and elements. More qualified people than I could answer this better, but to my personal experience, I’d say that if the rise in popularity of tabletop role-playing games has anything to do with video games, it would actually be in response to video games getting more expensive and more consistently disappointing. Obviously, there are still great video games to be played, but to spend $60 on the newest AAA Action/Adventure game, only to find it not worth the money can send people looking elsewhere for their fix of fun and fantasy, and that’s to say nothing of the intrusion of microtransactions into the video gaming lexicon. Most rule books for Pathfinder 1st edition are available as digital PDF’s for $9.99 each, and Paizo allows their rules to be published online for free, if not their prewritten adventures, such as the one we play on the podcast. The number of adventures to be had from a tabletop RPG is limited only by the players’ imaginations, while that $60 video game typically only buys you one play-through. This makes tabletop RPG’s a more affordable, longer-lasting investment for gamers; all you really need is an internet connection and some dice.

Another factor fueling this trend is exposure. When interested parties can go online and listen to an Actual Play podcast and hear for themselves what tabletop RPG’s are like, it goes a long way to removing the stigma that they’re games only for social outcasts. Finding out that a coworker listens to the same Actual Play as you could be all it takes for you to take that leap and join their gaming group for the first time.

AP: Definitely both. As I said, listening to an Actual Play podcast is a great way to introduce someone to the game, and having players with colorful personalities helps showcase the diverse ways that the game can be experienced in. At the same time, the ways that we personally play are heavily influenced by our own interests and personalities. There’s a bit of embellishment from us to up the entertainment factor, but at the center of it all, the show is just six friends having a good time, and I think that translates to a fun show.

RRX: I know that D&D campaigns can be legendary for their length. But podcasting has obvious time constraints; people won’t listen to a 12-hour podcast. How do you balance and adjust both the podcasting and the gameplay?

AP: It’s in the nature of tabletop RPG’s like Pathfinder and D&D to be unpredictable – both by the players and the GM. Events you might expect to be over in a few minutes can wind up taking half the session, and likewise, encounters you might expect to last the whole session can be over in 10 minutes. There are so many variables between the Player-characters’ abilities, the Players’ own ingenuity, and the GM’s ability to play off of the Players, that trying to map out anything beyond an episode or two becomes a fool’s errand, though that’s part of the fun, in our opinion! This lends itself to the formula commonly used by Actual Play Podcasts (including us) of releasing hour-long episodes, and just letting the campaign take as many episodes as it needs. Matt is our editor and does a great job of cutting out enough nonsense and BS to get the final recording of a session down to around that length.

RRX: Xperience is all about art, music, and culture. Pathfinder, and what Swiss Army Scorpion is doing, is most definitely culture, but in what ways are roleplaying games a creative pursuit? Character creation? Actual gameplay?

AP: For me, it’s the whole package; whether you’re the GM, composing the villain’s monologue and working in fun plot twists; a player brainstorming a new character concept and finding ways to bring it to life within the scope of the system’s rules; or actually roleplaying your character, giving them a fitting speech pattern or character quirk. Some people may not find character creation very fun, or might prefer to not embellish their roleplaying with a lot of flair or pomp – but as long as the group as a whole is having fun with what its individual members are doing, there’s no wrong way to experience it. With games like Pathfinder and D&D, the only limit to the possibilities at hand is your own imagination, so it stands to reason that the more creative and expressive you are, the more potential you’re breathing into the game. It’s a beautiful thing, really!

Also, there are few things more exciting – both as a player and as a GM – than having a couple of players spring some surprise twist or plan that they concocted on the group. Sometimes these plans can have enormous consequences on the overall story, but more often than not they simply end up becoming fun roleplaying moments that simply make everyone involved more invested in the story and game.

RRX: Here is where you can answer the question I didn’t ask. Shout out. Besides your podcast, does Swiss Army Scorpion extend its presence elsewhere?

AP: Yes! We currently have a Twitter and Facebook presence. We also have a Discord server – cleverly called Swiss Army Scorpion – where we love chatting with listeners about the podcast, gaming in general, and really anything at all. Our website, swissarmyscorpion.com, has all of our episodes, as well as links to iPod, Google Play, Podbean, and Stitcher, if you prefer. The website also has links to find out more about all of us personally; as well as the Player Characters and major NPC’s in each chapter of our adventure so far!

Offline, we like to attend conventions in our area of Upstate NY, and listeners can usually hear about these little excursions in the podcast’s episode intro’s a week or two before the events. No matter the medium, it’s always a blast to hear from our listeners, and in my opinion, the most rewarding part of our little podcast! 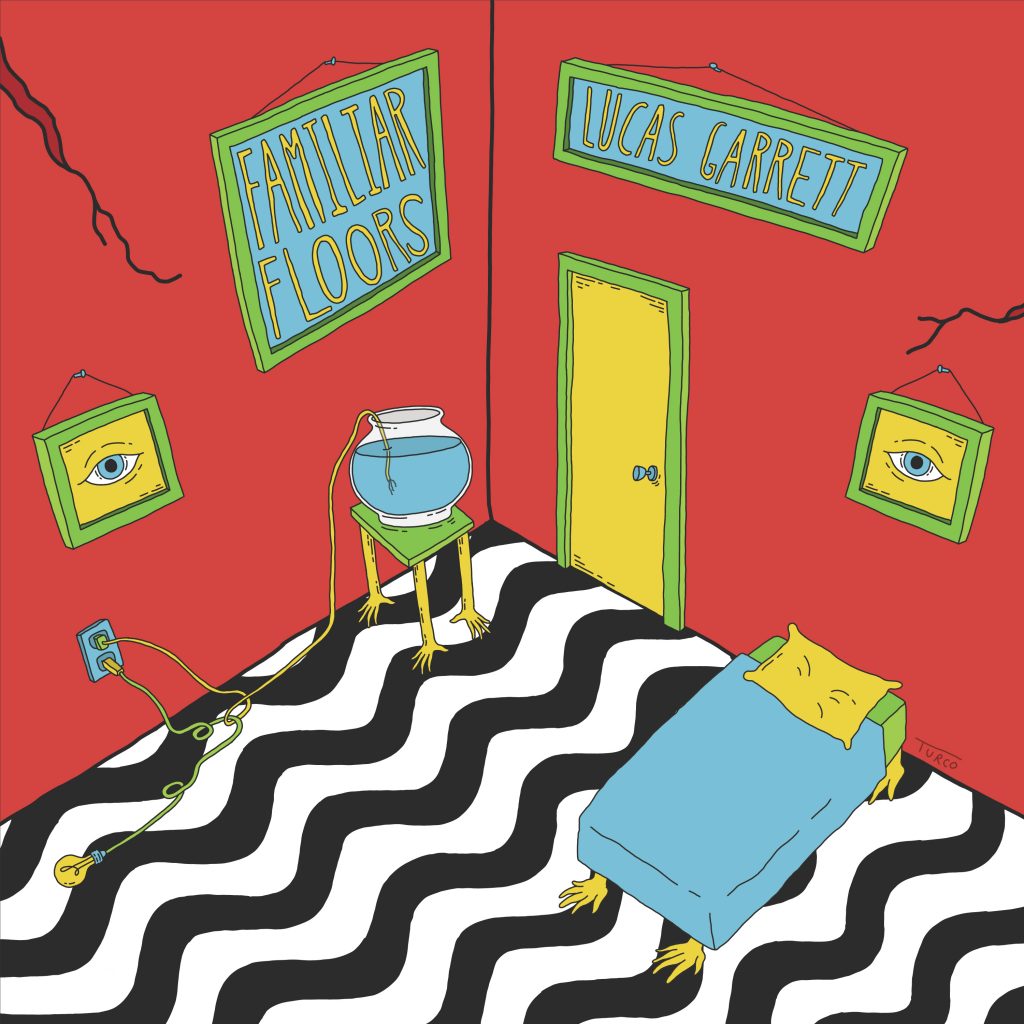 Staying ahead of creativity -Jessica Jenks