On Becoming a Hippie #15 – Kansas City Here I Come

We stayed one night in Yellow Springs, Ohio where Debbie and Steve, our traveling companions, would stay for a visit with their friend. Getting to Kansas City from Ohio should have been pretty easy.  It was only about 9 hours away, though we knew it would take longer because of having to stop more often with a small child. We left bright and early, anxious to visit our dear friend but just as glad to leave our annoying traveling companions behind.  The plan was to stay with Brian for a week then travel on to our final destination. We didn’t realize that there is a Kansas City in two states. The Missouri River separates the two states and Kansas City straddles Missouri and Kansas. We stopped off briefly in St. Louis to see the big archway to the west because we weren’t going to miss any of the sights along the way.  We had a car this time and could go wherever we wanted. The Arch is “the nation’s tallest monument, soaring 630 feet above the Mississippi River, 886 tons of stainless steel welded into a seamless curve, assembled with such precision that if either leg had veered off by just one-sixty-fourth of an inch the two couldn’t have been joined in the middle. Completed 50 years ago this month, the Gateway Arch, the Midwest’s best-known monument, was hailed as linking ‘the rich heritage of yesterday with the richer future of tomorrow.” – Smithsonian Magazine October 2015

We had decided to take our time but were thrilled when we finally hit Kansas City, Missouri. Our thrill soon faded when we started asking for directions to Brian’s apartment.  He was still working and wouldn’t answer his phone for a while.  We figured we would find his place then explore the area on our own. Everyone we asked for directions told us the same thing, “Well … you can’t there from here.” We thought it was a joke played on tourists until a kind hippie told us that it was true.  It was not easy to get from one part of the city to the other because they were actually two different cities. I think that’s changed now with both Kansas Cities being part of one big metropolitan area, but at that time, they were very separate.

We headed out of Missouri and into Kansas. We had plenty of time on our hands, so we found a park. It was a busy park, so Paul pulled out his guitar and opened up the case. We may as well try to make some money while we were waiting. Another hippie came rushing up and told us that we’d better close the case because the mayor didn’t allow busking in his city and arrested all homeless people.  He was very adamant about it and surmised that we might both end up in jail and have our daughter taken from us. It didn’t take any persuasion for us to pack it up. We certainly didn’t want to take that risk. Apparently, we could have gotten away with it in Missouri, but we weren’t going to make that confusing drive back and forth again, so we stayed put enjoying the park and nice weather and playing with our daughter. When it was finally time to connect with Brian, we couldn’t seem to find his place. We started asking for directions again only to hear the same old story we’d heard in Missouri. “Well, you can’t get there from here.” I think we drove around in circles more in both Kansas Cities than ever in my life. I swore I would never go back there.

We finally made it Brian’s apartment which was tiny. We slept on pads on the living room floor for a week. It was fine except for the roaches. It was the first time I had ever seen cockroaches. I was horrified! Brian assured us that they were harmless and only came out in force in the dark. They were quite common in Kansas City. They weren’t common to me, and I’m not sure I slept through the night for that entire week. I was sure they were going to drop down on us from the ceiling. You could hear them skittering around all night.  When the light was turned on, it was like a wave moving. I didn’t want to stay the whole week, but we had planned for Debbie and Steve to meet us there, so we were stuck.  It was wonderful hanging out with Brian and his girlfriend, but the roaches were disgusting. Instead of the relaxing break we had planned on to recharge, we left there more exhausted than when we’d arrived. We spent a lot of time outdoors enjoying the spectacular scenery of the Great Plains and napping in the great outdoors. Brian had been one of our closest friends in Santa Cruz, and it was wonderful reconnecting with him and catching up.  The week actually flew by, and we felt a mix of regret at leaving our friend and relief to be back on the road. We packed up the car the day before, planning to leave early the next morning. Our friends hadn’t shown up, so we planned our route, looking forward to making the rest of the trip by ourselves. That morning, who came running down the street just as we were saying our goodbyes? That’s right. Debbie and Steve had made it to Kansas at the last minute.  Damn! They had left Ohio a couple of days earlier figuring that they’d spend a few days with us at Brian’s but had trouble getting the rides and were getting worried that we would leave without them.  We would have, too. In the long run, looking back on it, I’m glad they made it even though the trip itself was a nightmare. They became some of our closest friends while living out west.

Of course, Steve didn’t like our planned route and wanted to know why we had planned without them. We explained that we thought they wouldn’t make it. Paul also reminded him that this was originally our trip, and he was just a passenger. I thought they were finally going to come to blows, but Debbie and I soothed the ruffled feathers and we headed down the road in a thick, heavy silence. It was a tense ride that day when the car suddenly broke down. Ugh! We didn’t have a lot of money, hadn’t been able to make any along the way with our music and were starting to worry. We still had a long way to go. Steve was loaded and offered to pay the lion’s share of the repair if we took his proposed route and went up through Wyoming. He and Debbie had always wanted to see The Grand Tetons. Paul and I had already seen this majestic mountain range and knew that there was still a big chance of snow in that region.  We wanted to stay on I-70 and head north later on, avoiding any potential storms but, against our better judgement, we agreed to head for I-80.

After making that decision, a lot of the tension from Steve dissipated. There were no sardines stinking up the car and very little bickering. It seemed as though Debbie and Steve were too tired to fight anymore, Steve only sat in the front seat away from our 2-year old, and we all started to relax and enjoy each other’s company more. We saw some beautiful and interesting places along the way. However, we were stopping more often now because we were all worn out. Paul and I had a sleepless, uncomfortable week at Brian’s and Debbie and Steve had spent days trying make the 9-hour drive from Ohio to Kansas.  For Paul and I hitchhiking seemed easier since we didn’t have to do the driving and could mostly sleep whenever we wanted, as long as we got the rides that is. However, we certainly weren’t going to hitchhike with our child. In spite of all of the trials and tribulations, we were starting to feel relieved to have extra drivers helping out with the burdens. We’d headed north out of Kansas City and picked up I-80 west. After a long, boring trip through Nebraska, we finally made it into Wyoming. So far, so good. 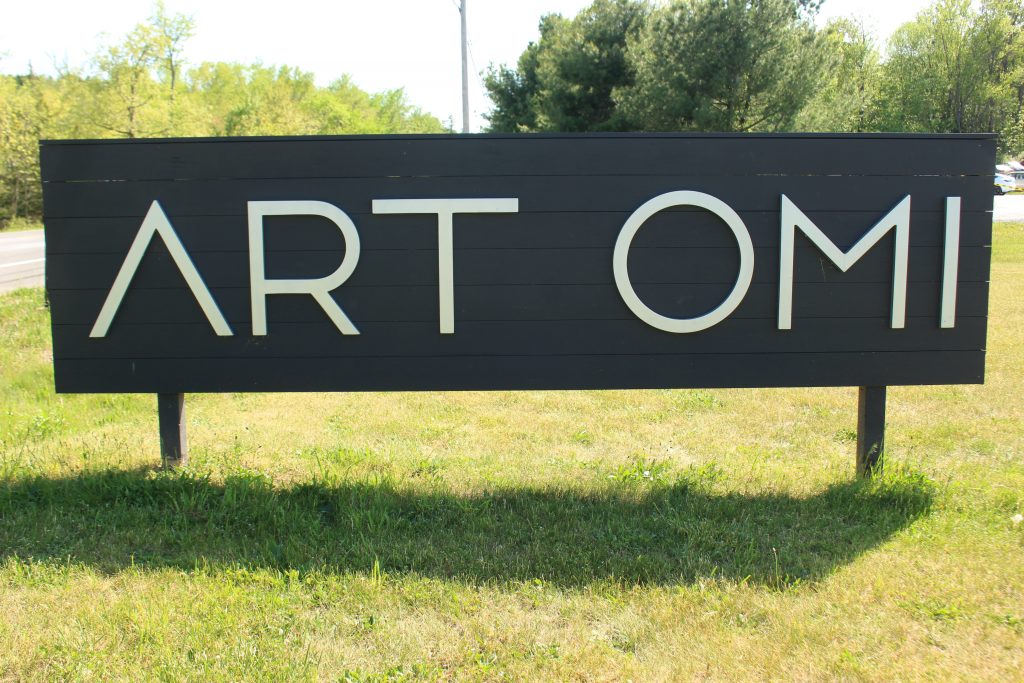