Caribbean Crisis: The Best to Come from Crisis

Caribbean Crisis are an extremely unique group based in Albany who play a heavy blend of Russian folk and American punk rock. With three quarters of the band being comprised of international students, Caribbean Crisis is a shining example of how a diverse group of people can come together to make something interesting. I sat down with Victor (vocals/guitar), Tia (drums), Ana (bass) and Dani (flute, who is currently residing in her home of Costa Rica and called in via Facetime). The band discusses new material, the deeper meaning behind their name, and their unique instrumentation.

RRX: How have you guys been?

AP: We definitely had our biggest gig, Rose Rock, coming up in April and it just got cancelled. And there was this amazing battle of the bands that we wanted to win, and we never got to play.

VD: It sucks that everything got cancelled, just before we graduated too so we’re not really playing together right now. On the upside, we just released a new single.

RRX: I was going to mention that, I heard it recently, do you guys wanna talk about that?

AP: Sure, it was a long process.

VD: What do you have to say about the song, Dani?

TM: But was it released on August 9th?

VD: It wasn’t and that’s the bit we’re all bummed about.

DC: I just personally loved how involved people got with it, we have a video of our last show at the Byrdhouse and people were actually singing the lyrics of the song and I think that’s just amazing.

RRX: Where do you see yourselves in the upcoming years, best case scenario?

VD: Hopefully, we’ll reunite soon, but I was thinking to take the band more in a digital form with social media and stuff. We’re just gonna keep releasing music, and gain more of a following and then just eventually play a tour or something similar.

RRX: So now I wanted to talk about how three of you are now graduates of Saint Rose, could you tell me a little bit of what it was like meeting and working on music there?

TM: I love Saint Rose, the community there is always down to help each other out and do a bunch of cool projects together.

VD: Yeah, coincidentally, three out of four of us are international. Ana is from Brazil, I’m from Russia and Dani is from Costa Rica. It’s been cool because we just kind of found each other.

AP: You (Victor) had an idea the first day that I was at Saint Rose; he just passed me in the hall with his guitar and said “Are you an international student?” He asked what instrument I play and I said bass and that was it.

VD: Yeah, it’s a weird band because it’s like, American punk and folk, and Russian and yet our band members are from such different places, it’s kind of crazy.

RRX: Definitely, I’d say your style is incredibly unique for a band out of Albany, New York. Was it your plan from the beginning to blend punk and Russian folk?

VD: Yeah, so I came to America and I wanted to do music but I wanted to find a way to way to do something different. I said “Well I’m Russian, so what’s unique about Russia?” so basically, it just popped in my head blend those ideas. It was crazy to see how many people were supportive of the idea. It’s been really encouraging, people in America are fortunately very open to explore things that aren’t natively present.

DC: And keep in mind, Victor is that Russian weirdo who on the first day of orientation just came up to me and said: “Hi! I’m Victor, I’m from Russia!” and we started talking music and he said, “Wow, you play flute, do you want to be in my band?”

DC: Most of my life I’ve only played flute classically, but yeah, a crazy Russian just asked me to play in his band at orientation and four years later, here we are!

TM: It had a very small range.

DC: My flute is tuned in C and has a range of two octaves, and the Russian flute was tuned in B flat so the fingerings were a nightmare (laughs).

VD: It started with Russian flute, then we decided to just take a regular flute and play Russian melodies.

RRX: Yeah, that’s something else I wanted to ask; is flute a big part of Russian music, or did you just meet Dani and decide to incorporate with Russian styles?

RRX: Right, not just the instruments then?

VD: Right, and the flute can define folk music, so when you have a flute playing Russian melodies, the combination becomes Russian folk.

RRX: So do you guys have other people who help you record?

VD: Yeah our guy is an alumni from Saint Rose who is really good. He’s in a really big pop-punk band called Young Culture.

RRX: Another really big thing to talk about locally is the closing of the Low Beat, which was a fantastic venue for small bands to get their start. I wanted to see if you guys had any stories about playing there.

TM: The Low Beat was our first gig! Back with JJ and JP, but we went through so many guitarists (laughs).

VD: We had so many fond memories from the Low Beat, we played at least eight gigs there.

TM: I remember, the first song of the very first show we played, a guitar string broke.

VD: Yeah, it’s actually funny; literally the very first note of the very first song, and it was our first gig ever as a band. We rehearsed for three months and everything was fine, and then our guitarist at the time broke that string and then there was just no guitar for the whole first song (laughs). He just improvised.

TM: Eventually we borrowed a guitar, but we had a whole improv session in the meantime and Victor was singing into the mic about “fix the strings!”

VD: It was really cool that they let local bands play (at the Low Beat), you could always just get a gig.

RRX: I also wanted to ask, are you guys planning on putting out a full-length or an EP soon?

VD: All three songs will be of very different nature, should be released within a month or so.

Greg Mania: The Dream in the City that Never Sleeps 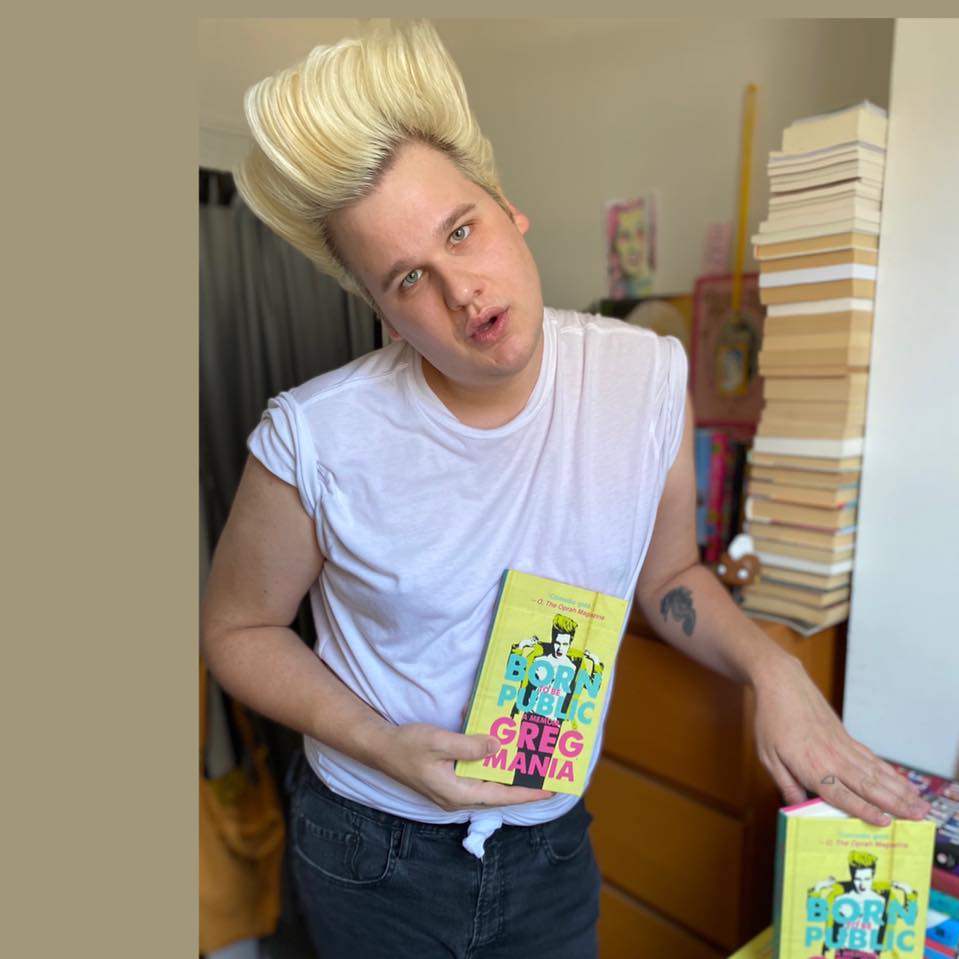 Jillian Davis: The Way of Whirls