Toward the end of that schoolyear in 1984, I noticed a slight curve in my daughter’s spine. She was only eight-years old, but I was always concerned about passing on a genetic flaw that had almost crippled me. As a result, I checked my children’s’ backs regularly. Back in 1966, in the spring of my 7th grade year, I was diagnosed with scoliosis which is a curvature of the spine. This was devastating news. As a child, I was extremely shy, definitely scared and a little odd. In our first neighborhood, there were other neighborhood kids to play with. Back then all the kids in neighborhood spent the days outside playing together. When I was ten-years old, my parents bought their first house and moved us to a different neighborhood. We still lived close enough for me and my brother to go to the same Elementary School. Then a couple of years later, I started Junior High School. This would be 7th, 8th and 9th grades.

This was a huge change for me. I’d never had many friends but quickly made a few during the mile walk to and from school. I am still in touch with one of these friends. At that time, we felt as though we were entering the teenage world, even though we weren’t teens yet. We smoked cigarettes together, a couple of us shoplifted, we explored abandoned buildings, flirted a little and fought but basically, we just had a lot of fun being a little bit delinquent. I was also trying new things in school. I thrived in music and art, enjoyed most of my classes and, for the first time, felt excited about school. I discovered gymnastics during my gym class and was trying to negotiate for lessons with my pre-teen dream of someday being in the Olympics. And there was my Girl Scout Troop.

I was a Girl Scout from Kindergarten or 1st grade on through High School and loved it. I guess most troops did a lot of sewing, cooking, first aid, you know … girl things. My troop did those too, but we also went on amazing trips. We went hiking and camping regardless of the weather. We learned survival skills like how to build shelters, build a fire in the rain, cook food over an open fire and find wild foods. We went white water rafting on the Delaware River; we built a little over a mile long wooden walkway through the wetlands at The Bartlett Arboretum in Stamford, Connecticut with a Reader’s Digest Grant, spent a week camping in the Adirondacks and went on a month-long camping trip from Connecticut to the mountains of Wyoming. We had a charter bus that transported us from place to place. We camped in Canada and many northern states before reaching Wyoming where we spent a week camping in the Rocky Mountains. It was the trip of a lifetime.

So, now it was the spring of 8th grade. There was one more year in Junior High before starting High School. Then, my parents suddenly decided to take me out of public school and enrolled me in the all-girls Catholic High School to afford me a “better” education. I was devastated! All of my friends would be going to a different school. Then, I found out about my scoliosis. Ugh! But really, how bad could it be? I went through a battery of tests that spring, each one giving a grimmer prognosis. Finally, they decided that I should see a doctor in New York City. That doctor determined that there were two severe curves and recommended a steel and leather back brace that stretched from just under my chin, lifting my head slightly, to just below my hips. I spent a week in the hospital away from my family while I was examined repeatedly by various classes of doctors at this teaching hospital and was finally fitted for a Milwaukee brace. I wore it 24-hours a day with an hour allowed for showering a couple of days a week. It was supposed to stop the progression of the curve which would have eventually killed me, so I had no choice but to do this until my bones stopped growing. For me this meant just before graduating from high school.

Those years were a nightmare. I was without my only friends and was relentlessly bullied but also bored to tears. Sister Kelliher, the social studies teacher, must have been ninety-years old. She could barely stand and had a voice so weak and shaky that I never understood a word she said. Another teacher, Mrs. Grant, looked like a zombie or maybe a vampire. Her face was long and thin and pasty white with bright red lipstick and dark circles under her eyes. She had orange hair that was parted in the middle and hung straight down on both sides. She wore a dull colored dark shift that accentuated She spoke in a monotone. She was the Latin teacher. It was too bad because I liked languages and wanted to study Latin, but I couldn’t focus on the class at all and did nothing but daydream. Latin was a required course for two years. I had to be tutored both years during the summer to pass. Worst of all, there were no music or art classes offered in the school, and those subjects were my lifeline.

Because it was a Catholic school, most of the kids came from Catholic Elementary schools and entered high school with plenty of friends. Although, my family was of Catholic faith, we weren’t all that religious. We went to church on major holidays and when it was time for me or my brother to do some coming of age event. I had gone to Catechism classes and had also gotten thrown out twice for asking the wrong questions. All of the students in afternoon Catechism were public-school kids who weren’t getting religious education in school. I entered the school knowing one set of twins who lived in the neighborhood.

New kids were immediate targets. I was not only a new kid, but I was different and disabled. In my Sophomore year, classes became co-ed. Conditions in my high school were already bad enough with the other girls. Now they were introducing boys into the mix. Now the girls got nasty and many of the boys were bullies. It was so bad, those of us being bullied wouldn’t even sit together in the cafeteria for fear of being targeted. We tried to disappear in the crowd, a skill I am still good at if necessary. There was one sweet but quite shy boy, who was also bullied so badly, he committed suicide. Another boy a year ahead of me took a gun to the roof of the school and shot it randomly injuring a a student and a teacher, then he shot himself. Although there were no music or art classes until my senior year, I managed to survive with my music.  Now, I was worried about Jessie. Had she inherited this scoliosis which can be passed down through the generations? My grandmother had been very bent over. Think Quasimoto. Jessie also struggled making friends, and I couldn’t face a repeat of what I had gone through with my daughter.

I got her an appointment with a specialist. She did indeed have a slight curve, but nothing that needed attention. However, he wanted to examine me. I insisted that I was fine. I explained that I had already been treated, and the curve was stable. He asked a lot of questions, including how much discomfort I was experiencing now. I answered all of his questions then, at his insistence, agreed to an x-ray. He also sent away for my old records. A week later, he explained that the curvature in my spine had started up again, probably because of a combination of gravity and childbearing. He estimated that I had about ten years to live unless I had surgery. It wasn’t much of a choice as I hadn’t yet come into my prime. The surgery was scheduled for summer, after school ended so that I could finish my internship and have my kids go to their grandparents. The operation would be bone grafts taken from my hip and the placement of a Harrington Rod, a flexible steel rod inserted the length of my spine with assorted hooks and wires.

They predicted a 6-week hospital stay and at least nine months in another back brace, not as invasive as the first one. I started looking into herbs and vitamins immediately. I had been utilizing alternative medicine for quite a few years by now and knew that it could only help. I started on a daily regimen of vitamins and had family members sneak them into me once I was out of ICU. I had asked the doctor to give them to me, but he refused insisting that they wouldn’t help anyway, so my outlaw instincts came out. Paul usually came to visit once a day but had a phobia about hospitals and always stayed less than an hour. Because my kids were staying with their grandparents while I was hospitalized, my parents brought them to visit a few times. Mostly, I was alone for weeks, doing a lot of reading and yearning to get out. I managed to leave the hospital in three weeks and only wore the brace for six months, reducing the projections by a lot. To say the medical professionals were surprised is an understatement. I usually know what my body needs to heal and am always determined to have my way.

I got out of the hospital, two inches taller, in time for the big Rok Against Reaganomix concert in Washington Park (Albany, NY) that summer. General Eclectic was on the bill. Everyone was concerned about me doing this performance. I’d only been out for a couple of weeks, but I was determined. Music is the one consistent thing that’s healed me and kept me going. I was not going to miss this show. The stage was always a flatbed truck with rickety makeshift stairs and no railing. The only obstacle to me performing was getting up onto that stage. I was still on pain meds and adjusting to the new brace, but friends in the committee helped me up. Once there, I was good to go and sang my heart out. It felt good to be doing the thing I’ve always loved the most. I had missed it terribly. Now I could look forward to a life without pain, or much less pain anyway. I was also looking forward to being a teacher at The Free School in the fall with both kids attending. 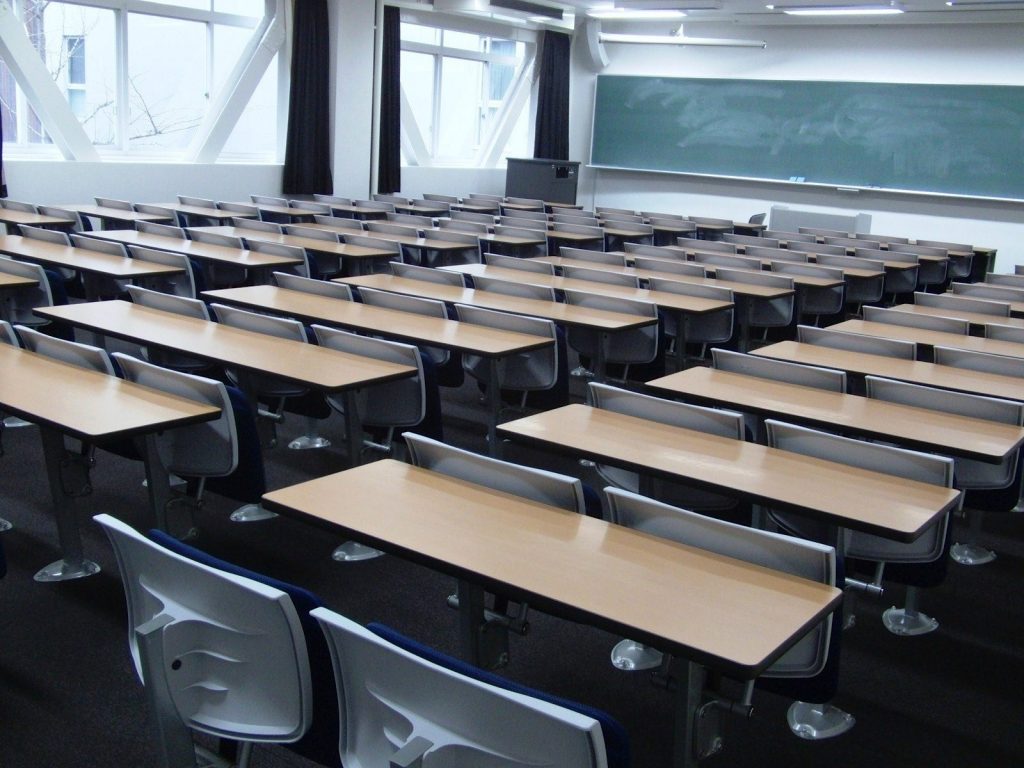