A big thing happened to me a couple of months ago. You know what I did? I went back to work. Okay so there’s not a lot of pomp and circumstance involved but trust… for me it was a BIG DEAL! I hadn’t been back to my job as a tattoo shop manager since December of 2019. I had foot surgery that December, needed two months to recover, then got sick with some crazy “virus” thing that kept me in bed for over a month beginning at the end of February of 2020. A virus. Huh! Isn’t that ironic. Dontcha think?

The tattoo shop shut down, just like everything else, in March 2020. I wasn’t a front-line worker, that’s for sure. Tattoos are considered a luxury and every shop had to close during shutdown. So there was no place for me to go even if I could. Not to mention, I have health issues that kept me inside until either my doctors said it was safe for me to go out or a vaccination became available. Until that time came? I was on lockdown. I stayed in doing makeover videos and reviewing glamour items. Then I started cooking more and did some baking. I also made potholders. A LOT of potholders. So. Many. FUCKING. Potholders. Then evening came, and morning followed. Another COVID day.

Finally, vaccines came out and the rush was on. In March of 2021, I was next in line to get my shots. I didn’t hesitate. Plus my doctors told me to definitely get mine. After I received my last shot, I waited my two weeks then—with mask in hand—I went back to the tattoo shop to see what was going on. Business was open, but I can honestly say it was maddening. Artists were booking out anywhere from three weeks to three months. The phones were crazy with inquiring customers since very few (including us) were uninformed as to the ever-changing regulations the body artists’ had to adhere to. Regular customers were going through tattoo withdrawal. People had stimmy money they wanted to spend on new art. It honestly was insane.

I went back to manage the shop part-time, and I was happy as hell. I got to wake up, dress up, and feel human again. I got back into my routine very quickly. Even with all of new rules that had been put in place, I fell into a new routine relatively quickly. As a front end assistant, I had to enforce the mask rule with anyone who walked in. Hand sanitizers were all over the shop. Clean gloves were worn and changed frequently. Temperatures were taken, paperwork completed and pens disinfected after every customer. And that was only my daily tasks.

The artists had it a lot harder. A LOT! There had to be extra disinfection and sterilization for everything, before and after each customer. Masks were worn by everyone. Chairs, tables, arm rests, bottles, etc. had to be wiped down often. Extra time had to be allotted in between customers to get everything prepared for the next. It was stressful. The hustle was real. I tried to help where I could. I kept things running pretty smooth with general shop stuff so they could focus on just the customers and their art. It was certainly different. Their frustration was palpable.

I quickly noticed that things that used to be so easy for me to handle had now suddenly become a struggle. The artists were using way more gloves and supplies than usual—and they were almost impossible for anyone to buy. When you did locate some?  They were twice as much money as they had been pre-COVID. This was the same story across the board for anything sanitary, disinfecting or medical related. It was super frustrating and it didn’t take long before my post-quarantine lack of patience began to kick in. I told my boss before I came back that somehow during the shutdown, I had genuinely become a bitchy wench and might not be as nice as I was a year ago. My tension was high and tolerance was low. He just smiled and said I definitely wasn’t alone. Phew.

At this point, things keep improving with lessening restrictions in not just the the body art industry but across the board. Tattoo shops are still VERY busy which is great. People now have an immediate desire for new ink. But people need to remember that it is summer and EVERYONE has an immediate desire for new ink. It happens every June and goes right into fall. That part will never change. But the “new normal” has a price. Those drastically increased supply costs have to be recouped somehow. Tattoo prices and shop minimums have most likely gone up. Artists need to recoup this somehow. It’s common business practice 101. Customers need to keep that in mind.

For now, I can happily say that I’m back doing what I love with a schedule that works for everyone. It was a long year and a half but I am finding balance and feel a bit more like my old self. But it will never be like it was, pre-COVID. People have changed, whether they will admit it or not. In a time of crisis, I think it is safe to say that while some people become more giving and compassionate? Others have become bitter to the core. And the tattoo industry is slowly getting back up to speed. But the ways of the shops and artists have taken on a new regimen. Remember… be patient. We are all doing our very best. But if you still feel the need to dish out some rude shit to the sassy girl on the phone about an appointment? Don’t be surprised if she tells you to you where to shove your attitude. Trust me… she’s not too fond of this change either.

BELLOWS with STELLA EMMETT and BEN SERETAN Live at No Fun 3/13/2022 Photos By: Tim Reidy

Video of the Day: Chelsea Wolfe “The Culling” 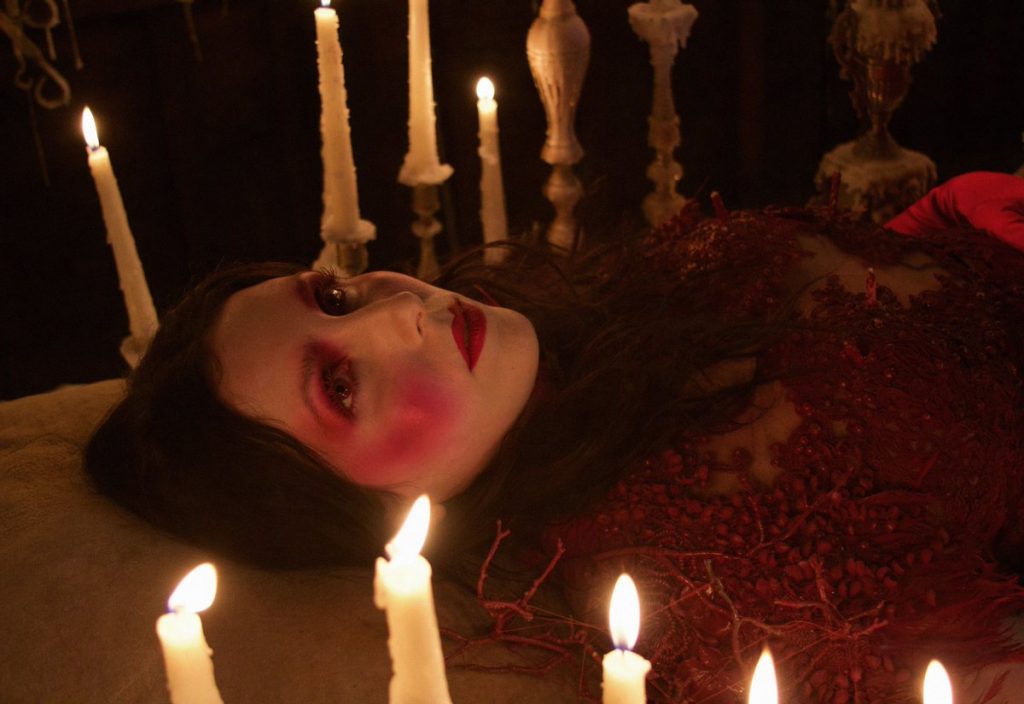