Editor’s Note: Caroline “MotherJudge” Isachsen passed on Saturday, March 9th, 2019. This article was written about her benefit event, while she was still alive. We feel that this should not be changed, and is presented “as is.”

Coming together… It is just the thing that one must do when one of their own is overcoming a powerful obstacle that they are having difficulty overcoming in their life. In times of turmoil, it is up to us to step up, come together, and assist those who need help during their darkest moments.

McGeary’s Irish Pub was the place to be this past Sunday afternoon as regional musicians, artists, and patrons alike united to assist a musician who has made a huge impact on the greater Capital Region music and arts scene for many years; Caroline Isachsen (Caroline MotherJudge). 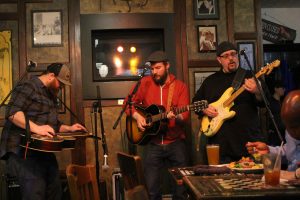 Members of the North and South Dakota’s band.

Host of McGeary’s Best Damn Open Mike, a volunteer coordinator of the Grey Fox Bluegrass Festival, and a businesswoman of the local performance studio, North Albany Rehearsal Studios with husband, Stan, Caroline MotherJudge remains a staple of the Capital Region music and arts scene. She previously performed at events including Still: DQ 2 (a benefit event for Dick Quinn- October 2015), HVCC Bulmer Telecommunications Center as part of an afternoon concert with Mitch Elrod, Bob Buckley, and others (March 2016), Down Every Road Celebrates Merle Haggard (April 2016), among others.

I was introduced to Mother Judge in October 2015 at the benefit event, Still: DQ2, held for super music fan, Dick Quinn, at The Hangar on The Hudson. It was only at both her HVCC show with Mitch Elrod and by chance, re-meeting her through a mutual friend at Buckstock a year later, that I was able to get a glimpse into the artist and person that MotherJudge truly is in the Capital Region. I wasn’t aware that she ran the North Albany Rehearsal Studios until I was asked to participate in a video project this year for a client.

I found out through mutual friends at the “Dick Quinn Memorial Concert & Art Show” that MotherJudge was diagnosed with stage four pancreatic cancer and currently wasn’t doing well. It was sad to hear the news of her cancer diagnoses, especially with all the achievements that she has contributed to the community, including releasing her current album, Cold Warrior, this past year. Once I had received an invite to attend this benefit event, I knew that this was something that I had to attend and support, especially for somebody that has done so much to make an impact on other musician’s lives in our community.

An outpouring of love & support from hundreds of family, friends, musicians, and artists alike came to McGeary’s to eat lunch and celebrate the life and legacy of Mother Judge. It was surreal to see so many musicians and patrons filling up the bar, raffle station, and the dining and performance area to its full capacity, if not, over capacity! The musical acts, The North and South Dakota’s, Jim Gaudet and The Railyard Boys (featuring special guest openers), The Ramblin’ Jug Stompers (featuring Val Haynes and Josh Greenberg), and These Are the Hits (ft. Greg Nash) was excellent and entertaining in every way within its varied genres of country, bluegrass, and classic rock.

What was interesting to learn that afternoon, was that each group had their own connection to MotherJudge. The North and South Dakotas and Jim Gaudet and The Railyard Boys were formed as groups by the songstress (The Railyard Boys were formed in 2006 at the Grey Fox festival at an open mike jam), Michael Eck from Ramblin’ Jug Stompers was in a group with MotherJudge called Wood and the remaining Jug Stompers have joined her in the scene, and These Are The Hits had originated as a group from the open jam.

From selling Cold Warrior albums, auctioning off jewelry, art work, music albums in the raffle booth, to watching the acts perform their music as the musicians and patrons chat among each other and take in the music, it was clear to see how tight and how connected people were to Mother Judge and how this event had brought our musician and art community together during a time of need and a time of community bonding. During the mid-point of the afternoon, Tess Collins of McGeary’s thanked everybody that had come to her venue to perform, help with the raffling, and to everybody for being there in support of Mother Judge. She brought up a good point in her speech that lately, our music community is in dis-connect with each other. It is important for musicians and artists to support each other and be able to connect with each other again in our community all year round, through good moments and the dark moments. Being connected through the power of the arts and music is what makes the bonds of creativity and community stronger among the musicians, artists, and venues. This event certainly brought patrons together under one thing, their love of Mother Judge.

Positive thoughts, prayers, & wishes are sent to Caroline and Stan Isachsen, their family, their band members, and the community during this difficult stage of their personal life. May the power of love and music bring together healing and strength during this time. 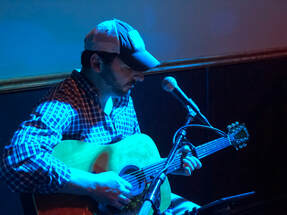 MÖRDWÖLF – Bringing Gasoline to the Fire 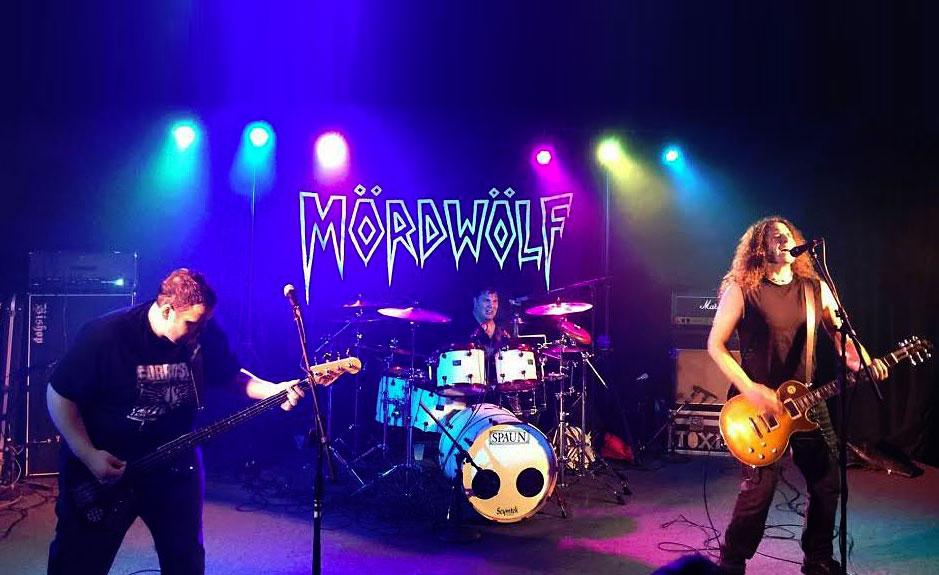