If you ask someone like Royal G. Brown, Jr., he might show you fantastical things birthed of pure imagination, take you to an unknown dimension within a mural, and tell you that it’s the spirit of it all. Or maybe he wouldn’t. So that’s why we asked him.
We sit down with Royal Guy Brown and talked about what makes a good talisman.

RB: The idea of building space craft happened out of pure frustration experiences before I was in high school. One, I loved to build plastic scale models, especially aircraft. Two, I was always a sci-fi buff but could never find scale models of T.V. or movie spaceships. The whole world was a jumbled mess. So, in my late and early teens I decided to use model airplanes and other household objects to build my own. An interest in military history, especially naval and airforce, into which I later enlisted, informed the development of the spaceships I build and provided the underlying importance of scale. Currently every craft I build is within the N-scale of hobby train sets. In the show Messengers & Messages there are N-scale human figures included to illustrate that point. Design of the ships themselves is one of form following function. The task of the ship determining overall shape. Evolution then occurred as I noticed certain personalities and a living quality emerge. The ships began to look as much like dragons as spaceships. Seeing them in person makes that a bit clearer. Now as the craft part of the process has become more ingrained, there is just a freedom to allow whatever wants to come through to come through.

RRX: The ultimate point of producing art is that it will become, in completion, more than the sum of its parts. With designing a spacecraft from common, and maybe not-so-common items, there’s meaning in the parts you use as well as the finished work. What kind of “story” are you telling with the parts?

RB: I’m not really telling a story with the parts themselves, although I do recognize the metaphor inherent in building futuristic objects from discarded and useless elements, that’s a whole other discussion. The stories come from the messages, aspect ot the work. Here I developed a phonetic alphabet where the actual stories of the ships are told. The challenge is to decipher the messages first, and then look into the deeper meanings. Its really like the ships, who are named after angels, are speaking to humanity from an angelic, or extraterrestrial perspective. This is another aspect of this body of work that is separate from the sculptural forms, yet inseparable as the messages come from the individual ships as well as the collective.

RRX: I’ve seen pictures of a basement in which one of these was being built. Your basement? If not, where do you hang your toolkit? No matter where that is, do you work in silence, or do you have a soundtrack of either song or genre? Take us, if you will, into the guts of the “dry dock.”

RB: Ahh, the Eyropsian grand shipbuilding temple LMAO. I was recently reminded of this from an old Air Force buddy. Currently my studio is located at the Albany Barn, and it grew into the basement a bit. For the most part the building of them is like a conversation. I put a few parts together and something starts to speak. Then it’s a process or conversation. “This part here?” “No over there”, or “Hell no get the other one”. “Oh, this one?” “Where…, here?” “No, dumb ass, turn me upside down then figure it out, while you’re at it get those two parts over there, you’re going to need them too”. I know that it sounds more like a psychotic break that an artistic process but that’s what its really like.
But I must also admit that everywhere I go there is the potential to build or at least start a ship. Even family members and friends will tell you that I’ll be eating at McDonalds or at a store or wherever and pick up some random object and start looking at it a certain way. They start laughing at me because they know there’s some engine, canopy or other part that I’m seeing and starting to put into some new design. Its like breathing for me. For well over 30 years I’ve been unable to stop myself from building them and most likely will till I either can’t anymore or I’m dead.

RRX: You’re more than a designer of spacecraft. I saw one of your 2D works on a wall and it looked like the wall was born like that. Your work has a great direction with a touch of chaos. Do you see connections running through you visual art in 2D and your art in 3D. Is it just the same art, different dimension, or is it more than that?

RB: Good question, the process I just described applies to everything I do, including the flat art. I think your thinking of the mural at Professor Java’s on Wolf Road. Those mask images came out of basic abstractions, but as I developed myself spiritually these faces started to emerge. The deeper I got, and as I began to explore African shamanism, the more solid and pronounced these images became. So here too, the process is more like the images come through me more than I paint them. I don’t begin with a specific end in mind, but I know when there here, and I stop painting. So yes it’s the same art in a different dimension, and its also more than that. I used to do ancestral renderings for people when I lived in Troy, at this little consignment shop. Each pastel rendering was also like a spiritual reading. It can become really interesting when I’m alone and simply open, I’ve has some interesting messages come through like that.

RRX: You recently took part in “Whitewashed: The Racism Project” at the Arts Center in Troy. Can you tell us a little bit? And do you think it may be future performances?

RB: Whitewashed was the brainchild of Michael Kennedy. She picked out a few of us to participate in telling our own stories and insights about racism, from those statements and experiences a script was researched and developed. The final version is now the performance called “Whitewashed”. The last of the three scheduled performances will be at the YWCA in Troy. Judging by the response thus far, there are likely to be others. You can go to creativeactionunlimited.com for more information and additional performances as they develop.

RRX: Your creativity extends beyond artistic media, and into the canvas of the spirit. You are a licensed clinical social worker, a Reiki and therapeutic touch practitioner, and an Ifa priest, or Babalowo. So should this be an “also” question? Did your spiritual practice spring from your art, or the other way around?

RB: They both are the same process and really can’t be separated.  Early on when studying fine art at Sage JCA and SUNY at Albany, I became acquainted with art history on a much deeper level.  However, I could never identify with any western artists, except for Pollak and Rothko, and then only to a point.  I identified with the first shaman who painted there hunting spells on the walls of caves.  The reason is that so much of western existence has lost its meaning.  There’s no connection with the earth, with spirit, with each other or for the most part even yourselves.

RRX: This is where you get to answer the question I didn’t ask. Do you want to be in the Mars colony, or are you shooting higher? Best adhesive, hands down? Enlighten, educate, emote – the floor is yours.

RB: Someplace higher, and it’s not so much where I’m shooting for as where I’m from.  To me the beings that inhabit these ships are of a far older culture than this planet.   My perspective is like one who has viewed this planet, and humans, without being attached to or among them.  The messages and my sculptures reflect this.  I’m not really interested in whether humans even reach Mars, there are far too many poisonous conscious constructs to be trusted as a space born species. Your already nearly destroying your own planet, why would anybody let you explore anything further.  If you could see it from a perspective that was not attached to all the separations and ego-based beliefs you hold so dear, this would be obvious to you.

But the fun part is again, the simplicity of making cool looking stuff out of junk.  First there is no “best glue”.  Plastics are all different, some adhere easily to others, others not so much and then there’s the metal parts.  So, there are combinations, what I like to call sticky glue (Gorilla glue, household Goop, and similar glues fall into this category) is best to place on any two parts that need to be fixed together.  But to hold in place while curing, superglue is best to tack pieces in place.

I’m not too sure about enlightening anybody, just to say my thanks to the Arts Center of the capitol region and the DEC grant through the NYS Council on the Arts, for the grant that made the show possible, And the Albany Barn for hosting the show.  More area showing are being planned so I hope people will come, see the ships, decipher the messages and open themselves up.  All true enlightenment comes from within.  External forces or people can only say “this is how I got here”.  No belief system, no holy book, no great guru, priest or rabbi, indeed nobody can pass through the gate.  “So become nobody”, from the movie Samadhi, 2017. 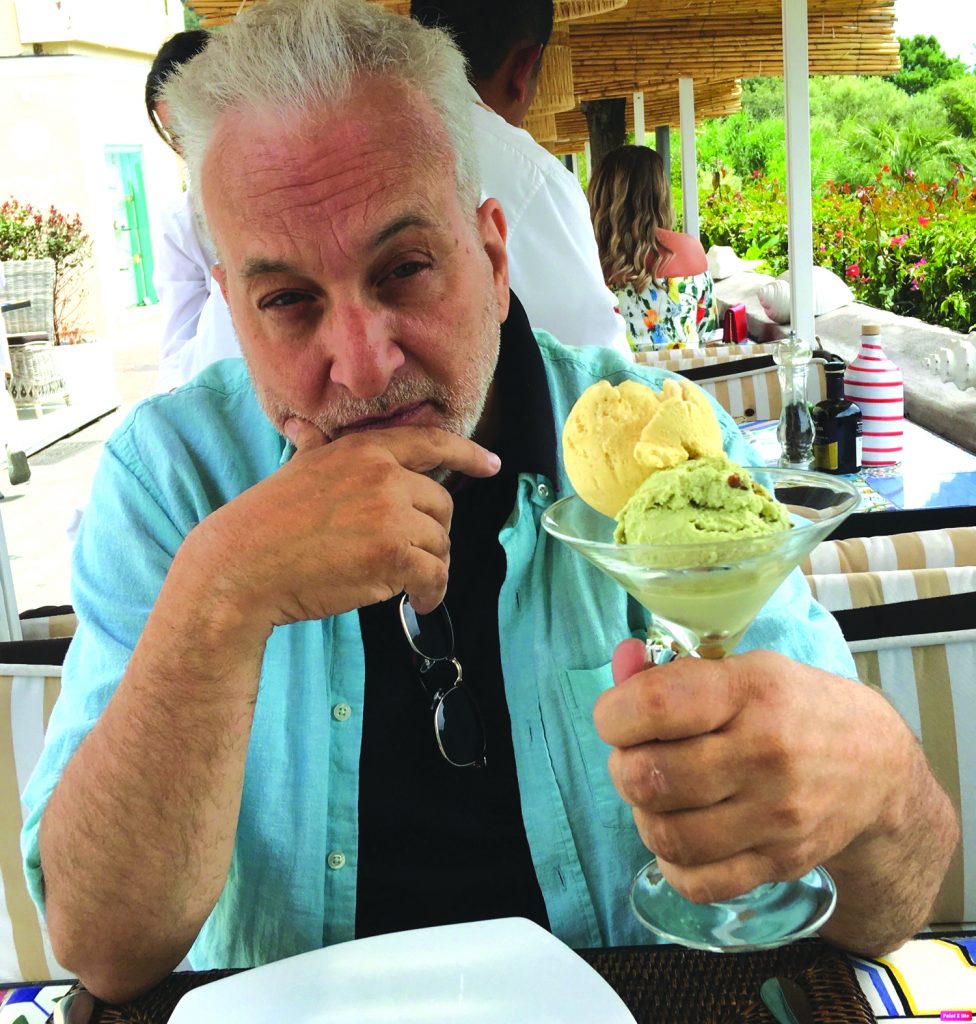 Blackcat Elliot – Black Cats Get All the Lives They Want