Blackcat Elliot – Black Cats Get All the Lives They Want

In a music scene, friendship is a fact that’s tough to dispute. We’re all keepers of a tradition that has the initiation fee of practice, wages of disinterest and rejection, and a camaraderie that finds its joy on shared bills and in the backs of music stores. And while we sling ink and not an axe, or a shiny contraption of brass, we too partake of those friendships. And we count among our friends the band Blackcat Elliot.

Blackcat Elliot was featured in our first issue, when we didn’t know what even the future of a month would hold for us. With Gus on vocals and guitar, Marky Balboa on drums and backup vocals, and Fast Eddie on Bass and backup vocals, the band is back for a bit of catching up, and to talk about the release of their latest album, There Is No Good In Us.

I sit with Fast Eddie and discuss who owed who a nice cold beverage.

RRX: It’s been a while since we last spoke. Many things have happened, on both of our ends. We were changing our diaper as a paper, and, well, even then you guys were well into your teenage years. But you’re working on something new. Care to share?

FE: 2019’s been a busy year for the band. We took advantage of the momentum that we built up at the end of 2018 – coming off our gigs opening for The Supersuckers and The Fleshtones, to finally get down to recording our third album There Is No Good In Us on our own Billbored Records label. We recorded in winter and spring, with John Chiara behind the board at AAA Studios, with post-production finishing up this summer. We’re psyched to get the finished product out there, as well as playing some shows in support. Our CD release party will be November 16th at The Hangar on The Hudson, with our good friends Mordwolf and The Lawn Sausages. We also have shows lined up for the Fuze Box in Albany with The Erotics on December 20 and we’re starting to book for 2020 with the first one on January 31 at Dinosaur Barbeque in Troy.

RRX: So, if you wouldn’t mind, give us a tour of the new CD. Will long-time fans recognize you? Which songs are the “baby” songs, and which songs are the strong, cigarette-out-the-mouth mamas that hold the house together? Are there any songs
on it that you feel people should know something about beforehand?

FE: As far as the new album, is concerned, it’s all killer, no filler, man. We’re really proud of what we have done. This one’s been gestating a long time! I think our long-time fans will like it. It does not stray from our style from our previous albums Threads Tearing from The Inside
and Never Come Clean, but at the same time the song writing has matured for our new album. The songs speak for themselves…

RRX: Blackcat Elliot tells a story in rock. Which is true of most bands, but it’s really the quality and substance of a story that sets it apart. And some styles of music lend themselves to some kinds of stories. Is it easier to adjust the music to tell a story, or to translate a story into the music you’re working on?

FE: Blackcat Elliot songs are a collaborative process as of late, but Gus writes all the lyrics. One of us will bring an idea to practice, a riff or a beat, or we’ll come up with something on the spot, and we all kind of take it from there. As a song is taking shape instrumentally, Gus is working
on the phrasing for the lyrics. By our next practice, he usually has a path mapped out regarding
the subject matter, based on the vibe of what we’ve come up with so far. We’re all big movie fans – horror, crime/mafia and martial arts as far as genres go, with 70’s through the 90’s as a time frame – so we talk about movies a lot at practice, and movies inspire or influence some of the lyrics. Some of the lyrics are more personal, dealing with the 9-5 grind, and some are still about loss and love. We’ll leave it up to the listener to interpret. We’d love our fans to share their thoughts and impressions.

RRX: I’m more familiar with writing collections than putting together albums, but I’ve done both, and there are similarities. It’s like you either go shopping to make the perfect meal, or you raid the cupboard to use up what you can and make a good stew out of it. How much of each of those methods went into your latest project?

FE: The songs come to us as they come to us. Working towards getting into the studio over the past year has kicked us into a higher gear, so the process of writing songs has become easier. Our new album, There Is No Good In Us, carries a combination of songs that we’ve been playing at our shows – those ones were road tested and ready to go – and new ones that we’ve written over the last year.  We didn’t start out with a concept or an underlying theme. To double back to an earlier question, I think our style and our influences make it a cohesive collection of songs. The three of us love 70’s rock like Cheap Trick and Vintage Kiss, 70’s and early 80’s punk like The Ramones and The Clash, and 90’s Seattle-based grunge. You’ll continue to hear those influences on this new collection.

RRX: So, the year in retrospect. You’ve played. You’ve worked. And since you have been rocking out since 2001 at least, it might be easy to call 2019 a hash mark on the wall, but what did you guys learn this year about music, the scene? Were there any surprises out there?

FE: Making and marketing a new album is a lot of work. I know that’s not a profound statement, but it doesn’t really hit you until you’re there. The more you learn, the more you realize you have to deal with if you want to do it right.  It’s definitely traveling down a rabbit hole! We are in the process of trying to make our music more accessible to everyone, with updating our online presence with Apple Music, Spotify, Bandcamp, Reverbnation, CD Baby and more. So our music, new and old, will be available for streaming or downloading. We’re also ready to relaunch our website thanks to Gus and his design team at Haidesign. We’ve spent the last few years playing shows and honing the songs. It’s a completely new dimension with getting the product out there, now that the recording is done.

RRX: We’re coming up on Thanksgiving, and the holidays, which means different things to different people, but I know that you don’t spend any waking time around Thanksgiving and New Year’s Eve without having introspection in your mind. So maybe to kickstart that, are there any deep thoughts coming from Blackcat Elliot this year?

FE: Yeah, of course. You can’t approach the holidays and the year’s end without thinking where you’ve been and where you’re going.  We’ve been fortunate enough to be able to do this for a long time, we’re friends and still having a lot of fun. We fight and drive each other crazy, too,
but that’s part of the package. We’re thankful for all of it. Gus and Marky started BCE in 2001, as you mentioned, and I’ve been in the band since 2008. We’ve seen our kids grow up, lost loved ones and survived medical scares. Rock-n-roll and making music keeps us going.
Plus, what else are we gonna do at this point?

FE: Special thanks to Danielle and the boys for putting up with us for all these years. We’re also very thankful for everyone’s continued support – our families, friends and felines, the bands we’ve been sharing the stage with, and the clubs we’ve been able to play at. We wouldn’t still be making music and having the time of our lives on the stage if it wasn’t for you. Hope to see you at The Hangar on November 16th in Troy to help us celebrate together! 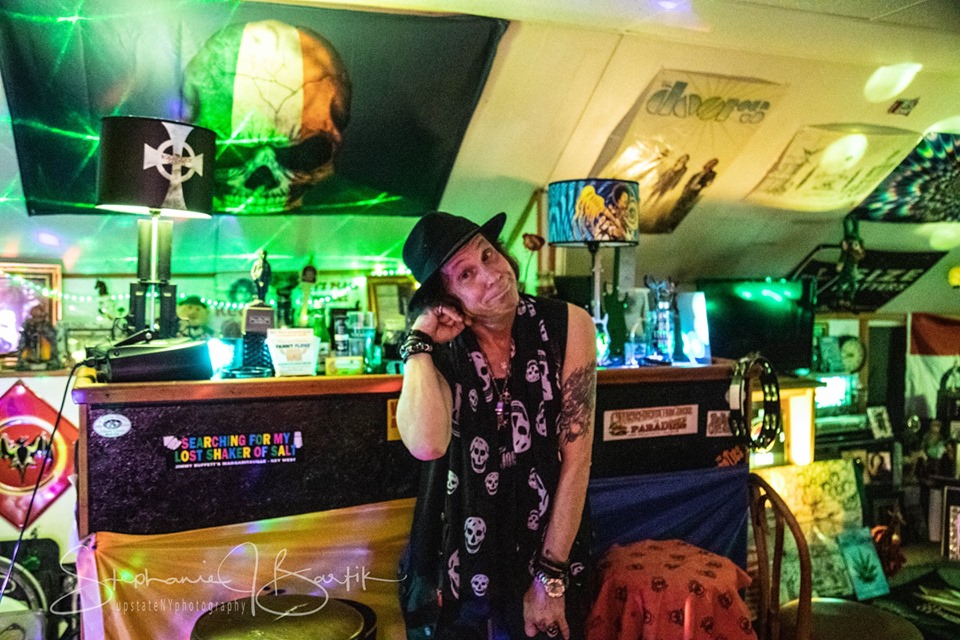