Written by Stephanie Bartik on March 4, 2020

Many who know me, or know of me, know I love photographing bands. It is like no other genre. I love the energy, the crowds, the smiling faces, the challenge of photographing dark places, moving subjects with flashes of light (everything a normal photographer avoids.)

Well, although I have photographed bands before, I can honestly say, this band is really where it all began.

I was asked by an old friend I hadn’t seen in quite some time, if I could photograph him singing at Rockaoke (I had no idea what it was, so of course I said “sure” ) Ends up, it was a lot like karaoke, but you sang in front of a live band, rather than piped in music-cool concept. My friend is rather tall, so I pulled out a chair and stood on it to get the photos. The drummer commented how he never had someone bring their own photographer in. That was it! A band, and a sense of humor!

Ends up, the Rockaoke show wasn’t the only thing this band did. When I found out they were also an ‘80s band, I went to see, and ‘shoot’ them.

I was hooked immediately! It was as if I had stepped back in time. The band, the set, the props, everything! The song selection brought me right back to the age of innocence. Bright neon colors, sparkly hair things, and FUN! That ‘80s Band is a true celebration of music of the ‘80s.

The fans get into it as well- sometimes, dressing the part, but always singing along and dancing!

It all started over dinner when two friends, Michael Bruce and Todd Minnick, got together. Mike explained his thoughts to Todd, and they got a totally awesome group of talented people together, and in the winter of 2016 That’80s Band was born.

What is truly different about this band, is how each member gets their own chance to shine. It isn’t a main singer fronting a band, they are ALL the STARS!

From me being lucky enough to have followed this band from almost their inception, I really saw it grow. Each personality emerged, rounding them off to a well-oiled machine today.

I recently saw them at Turning Stone Casino, and they packed the room!

Hear the songs of Madonna, WHAM!, Prince, Bryan Adams, The Bangles, John Cougar Mellencamp, Starship, DEVO and oh so many others!

So, go dust off that Members Only jacket, and have a totally awesome time! And be sure to write it down in your Trapper Keeper!

But seriously GO SEE THEM! 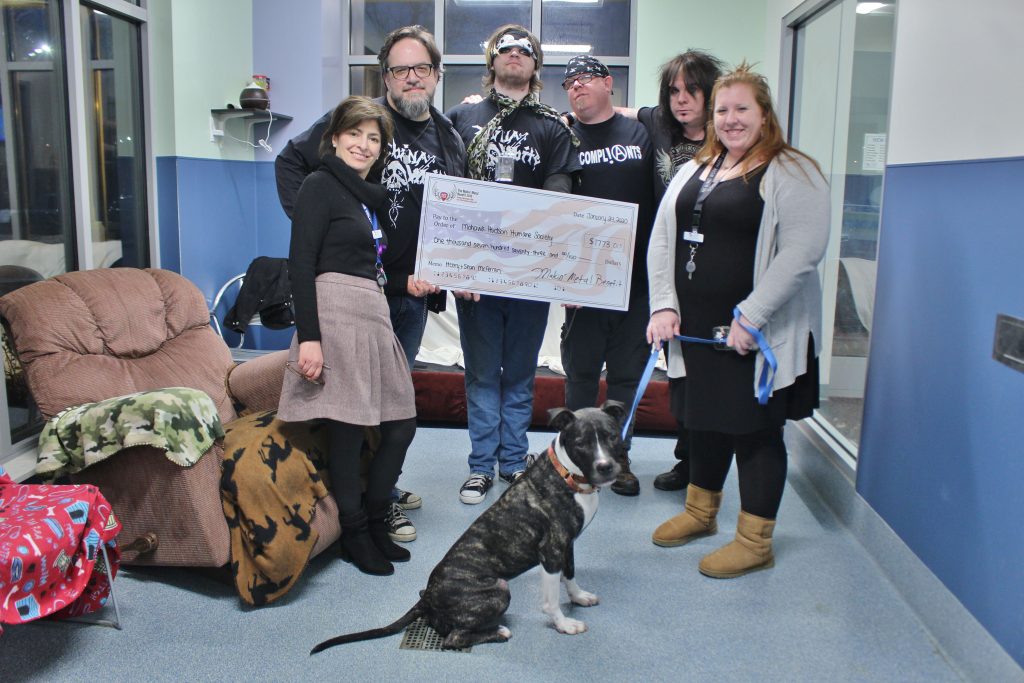