The Way to an Irishman’s Heart

If you know musicians, you might be inclined to think of them as sharks. No, not because of their uncanny ability to smell a good gig in the water from a quarter mile off, but because they have to keep moving. This is probably one of the actual differences between a musician that plays for a living, and one that plays for fun, that being a hunger for a good time versus a hunger for dinner.
Rick Bedrosian hasn’t stopped moving since this writer gave up bibs and strained bananas. He’s been through the halls of rock glory and dirt trails of festivals. And his band, Hair of the Dog, have been bringing Ireland to our doorsteps for over a quarter century.
I sit with Rick and we talk about the sublime qualities of Irish butter.

RRX: With your October Eve Music Channel on Youtube and your video segment, ‘I Could Eat,’ you’re branching out, which would seem fitting in that you’ve spent your whole life branching out. How do you see your video presence evolving? Is it just a way for people keep up with the road you’re on, or is it maybe a new road entirely?

RB: I’ve been a foodie since attending the New York World’s Fair in 1965, eating stuff from across the globe. It was then and there that I also fell in love with New York City. My parents put me on a plane and brought me to the west coast and Europe frequently, beginning when I was only a few months old, so travel is “in my blood” so to speak. I started playing music in the late 1960’s and that continues to this day. My Ireland and Beatles Tours began 25 years ago and I’ve been sponsoring food tours to NYC for about six years. The “I Could Eat” video series is a natural outgrowth of my love for all of that- music, travel, food, video and performing. I shot the half hour, “I Could Eat” pilot in Queens a couple years ago and then more shorter episodes. At this point I could use a sponsor because shooting the show is expensive. We’ll see what happens.

RB: Generally speaking, the food in Ireland is lightyears better now than it was when I started bringing tour groups there in the mid-90’s. But without a doubt, Kinsale, on the southern coast of Ireland, is THE place to get some of the best food in Ireland. Culinarily speaking, I found it to be like New Orleans in that you can go just about anywhere, order just about anything off a menu, and it’s gonna be delicious! The new crop of young chefs in Ireland are creating meals that were unheard of there a generation ago.

RRX: So Hair of the Dog has been around since 1993. I was skipping my prom when you all started. This isn’t unique for us; we’ve interviewed a lot of long-standing bands. But Hair of the Dog is an Irish rock band, which says, among other things, that Irish rock has a hold in our region. What do you think keeps it from being a phase?

RB: Many years ago, I read that Albany, NY was second only to New York City as having the highest per capita rate of population that claims Irish heritage. But that’s not why I started playing Irish music. I got into it by “accident” in 1985- Donnybrook Fair was getting ready to play an east coast tour, one of the members quit, and they needed a singing bass player ASAP. I found that I really loved the music and stuck with it. The Capital District Celtic music audience has been there for us since day one. We introduced a whole lot of people to Irish songs NOT by Bing Crosby and the like. And some pretty good originals too I think. I’ve seen the popularity ebb and flow a few times in the last 35 years but the Capital District has always been a strong region for these sounds.

RRX: I interviewed Kevin McKrell last March, and we talked about the differences between Saint Patrick’s Day in Ireland and the day here. He told me, if I remember correctly, that we’ve really started to influence their celebration. Do you think the difference in mentalities between “Irish” and “Irish-American” is shrinking?

RB: Yes, probably. St. Patrick’s Day was reportedly, mainly a religious holiday in Ireland until relatively recently. No matter what people think about our government, America has always had a great social/cultural influence throughout the free world. Blue jeans, rock & roll, Coke, computers, etc. I have little doubt that they now throw wild parties in Ireland (especially in the bigger cities like Galway where the young people seem to be insane with their drinking) on March 17th, while church attendance continues to shrink. I’ve never actually been IN Ireland on St. Patrick’s Day but I hear things…

RRX: I wouldn’t feel right only talking about Hair of the Dog, March issue or no. From Silver Chicken to Donnybrook Fair Jeannie Smith and the Hurricanes, you’ve been putting ink to the sheet music. You’ve played with Stevie Ray Vaughan and Marshall Crenshaw… so I’ll ask you for a road story. Got a good one?

RB: In the mid 1980’s, as a member of Marshall Chapman’s band (a Nashville based group that also featured Eddie Angel on guitar), we played a gig at the Orpheum Theater in Memphis. Also on the bill that night were Stevie Ray Vaughan & Double Trouble as well as the great, Lonnie Mack (featuring the fantastic Tim Drummond on bass). Between sound check and the show I struck up a conversation with Tommy Shannon, SRV’s bass player. We talked about gear, the road, the band and all the other usual stuff. As we were wrapping up our brief chat, I asked Tommy where they were playing next. He mentioned a few cities, including Saratoga Springs, NY. I told him that Saratoga was my hometown and I expressed regret that I couldn’t be there. Having driven from Tennessee to Upstate New York many times, it occurred to me that they would HATE the length of the trip. He assured me that they were flying north, the band and all their gear. “Albany Airport”, I asked? “Yes”, he said, “I just looked at the itinerary”. “Don’t you guys hate putting all your valuable guitars and amps on an airplane?”, I asked. Tommy said, “No. We do it all the time”. A week or two later I read in the newspaper that all their equipment was stolen from the Albany Airport. It appeared to be an inside job, perpetrated by somebody who knew exactly when, what and and where. I thought for sure the cops were going to question me but they didn’t. I always felt a little guilty about that.

RRX: The Beatles have been a big influence on you, almost your rai·son d’ê·tre. You now play in Hey Jude, a Beatles tribute band. And calling it ‘tribute’ is a misnomer. it’s a whole production. You have a varied audience, including younger people. Why are the Beatles important to an eighteen-year-old with their first bass guitar in their hands?

RB: You can learn a lot from Paul McCartney’s bass playing. It’s quite melodic and very imaginative without being too busy. Start with, “I Saw Her Standing There” (lifted from Chuck Berry) and proceed with caution. The bass lines aren’t as easy as they might seem.

RRX: This is where you answer the question I didn’t ask. Shout outs, wise words… enlighten, educate, emote – the floor is yours.
RB: I’m beginning my 7th decade as a musician and my 6th doing it full time. I’ve worked extremely hard but I’ve also been very lucky to have performed with so many talented players and singers over the years. And whether it’s an international trip, a NYC food tour, a band gig, or a solo show, I’ve had the BEST audience a person could ask for, for a really long time. And the fun continues! So I want to say “thank you” to everybody and remind them to look at my website from time to time. I have a lot going on including March Madness and food tour season which begins in only 2 months! www.rickbedrosian.com. 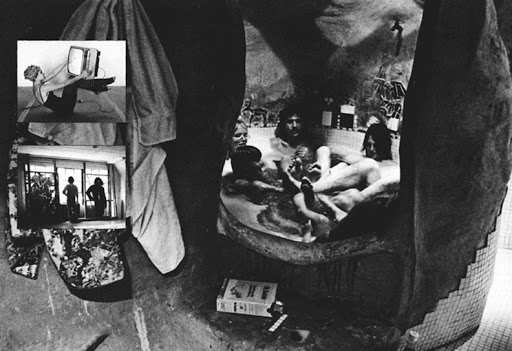 Raising a Glass to a Punk Legend