Matthew Pryce: Where We Are, and Are to Go.

Music is hard to kill. No; it’s impossible to kill. As long as a person can slap their thigh in any time signature, any beat, there’s music, and the potential for more. Music, all art really, is special in that it is the companion of history – it tells the story history can’t.
Matthew Pryce is a musician. We interviewed him for his band, The Purple Stuff, when we had a blog and this paper was a stray thought. The Purple Stuff is a band that moves us, and we’re proud to come full circle on this.
I sit with Matthew and we consider where in the fridge to place The Purple Stuff.

RRX: A lot has changed since we interviewed Purple Stuff, before the paper came to be. It seems like yesterday. No it doesn’t; what am I saying? Never mind, so what’s gone down since then? Have you put together any new tracks, or new EPs out? Has the band stayed the same, or have their been lineup changes? Any new projects or side hustles?

MP: The last time we spoke, we had just put out the Funkify Your Mind EP. It was the first real studio effort from The Purple Stuff. Our second effort Ask Again just hit the streaming platforms that all the kids are listening to these days. If you listen to them back to back, you can trace a direct musical evolution. Some new personnel, some additions, a little more production value, maybe even some more challenging songs. I am really proud of the new album. As for side-projects, and hustles, that’s every day, man. I teamed up with some local luminaries are we released a four-track EP called The ZGBP EP. Those are the letters of our last names. Recorded all digitally during quarantine. Been doing gear demos for Sugaree Licks, so my content is all over the YouTube, and so much more. My kid’s book comes out in a few months too. I’m all over the place.

RRX: I noticed that you’re doing stuff on JamCast. Have you had success live streaming? I see a lot of livestreams, but oddly, I don’t see as many as I would expect given the number of bands in the area. Do you think there are special tricks (times, days of the week, ways to promote) that get better draws? Any good ways to monetize?

MP: Streaming is tricky. It’s not even worth doing unless you can get good sound. So, if you’re a band, and all you have is an iPhone, it’s not going to work. No bass, muddy, etc. I am lucky and have a good bit of gear that helps me get sound-board quality audio to the internet. That’s key. As for tricks, there is a big one: give Facebook money. Obviously, they’re a business. There is no doubt ‘boosted posts’ do better. Pay for play. It’s the same old game. Drawing is a crap-shoot. Traditional times for live entertainment, like Friday or Saturday night – these have tendency to have the worst viewership. Conversely, I’ve done a bunch of random brunch and morning streams on Sundays, and I’ve had a lot of watchers.

RRX: It seems like with the way things are, it’s almost practical for people to pursue solo work. It’s kind of the ultimate in social distancing. Are you doing any solo work right now? If so, how do you split time between that and The Purple Stuff?

MP: I’m always involved in so many projects, I just do whatever is next on the list. I put out the album with The Purple Stuff, now that that’s done, I focus my attention on my book. Then, oops, I get booked on some digital festival, so I need to produce a 10 minute video set for it, so I get to work on that. I have an amazing amount of energy. Honestly, I wish there were more hours in the day because I have so many things I would like to work on, improve, enhance, begin, finish, continue, develop, etc. etc. etc.

RRX: I like the funk level of The Purple Stuff. It’s very jammy in one way, but in the underpinnings, it’s not just note-chaos. It’s put together well. From the last time we spoke, have there been any changes to the sound you guys were going after?

MP: Considering I wrote all the songs for both records, it’s mostly all stemming from the depths of whatever cranial capacity from which I can draw. It’s always about the quality of the songs – lyrically, compositionally, the timbre – everything. Some of the newer tracks just angled to a more pop sound, some are the same straight-ahead funk with overdriven guitar solos. I dunno. Faux Country is probably my favorite track on the album for a handful of reasons. It’s essentially a country song, but if you asked me, it’s directly influenced by Frank Zappa. Not because of the music, but because of the attitude behind it.

RRX: You’ve really been a part of music surviving the pandemic, in particular, the restrictions and shut-downs. Music will never shut down, clearly, but that doesn’t mean it’s immune to the times. Share your bird’s eye view; what are you seeing in the local scene right now?

MP: I won’t lie and say I think the capital district had a great or even a good music scene before all this. What’s popular in this area baffles me, quite honestly. That being said, when things are “normal” again, there will be the same thirst for drunken white women singing along to Top 40 cover band schlock in Saratoga. Some places are closing down, but most of them were pay-to-play type joints anyway. There is not a lot of support for original music or anything remotely challenging in this area. For the most part, most joints are only concerned with selling drinks, not support artists. When you hit the level where you are selling tickets to The Palace, ok, then ticket sales are incumbent on the act 100%. I’ve had lots of “bad” nights where I brought a decent crowd of people but the venue had zero people of their own, so it’s considered a failure for the band. This is not a unique experience. I don’t know that I’ll ever go back to doing gigs the way I did before. Too much work for too little return.

RRX: It’s hard to avoid the gloom and doom these day, but art and music are always the dandelions that grow through the concrete. What have you seen to come out of all this that’s been good? Is there anything hopeful that you think will make music around the 518 even better when the comeback hits?

MP: People have been forced to evolve. Music is just inherent to some people’s lives, can’t do anything else or escape it – so you have to figure something out. I’m blessed in that way. I can write, record, do YouTube stuff, play live streams, and a host of other outlets. Others aren’t so lucky. As for hopeful, perhaps absence makes the heart grow fonder. When this pandemic shit is all over, maybe they’ll be a newfound appreciation for the time and effort it takes to learn a craft, lug a bunch of gear, and plug in at your preferred drinkery.

RRX: This is where you answer the question I didn’t ask. Educate, enlighten, emote – the floor is yours.

MP: Thanks for chatting with me – I’ll just plug a bunch of random stuff here at the end, I think The new album from The Purple Stuff is called Ask Again, it’s streaming on bandcamp, tidal, spotify, all the places. I am consistently doing and sharing random original content from my FB page facebook.com/MatthewPryceMusic, find me on IG and Twitter at @MatthewFuntime. 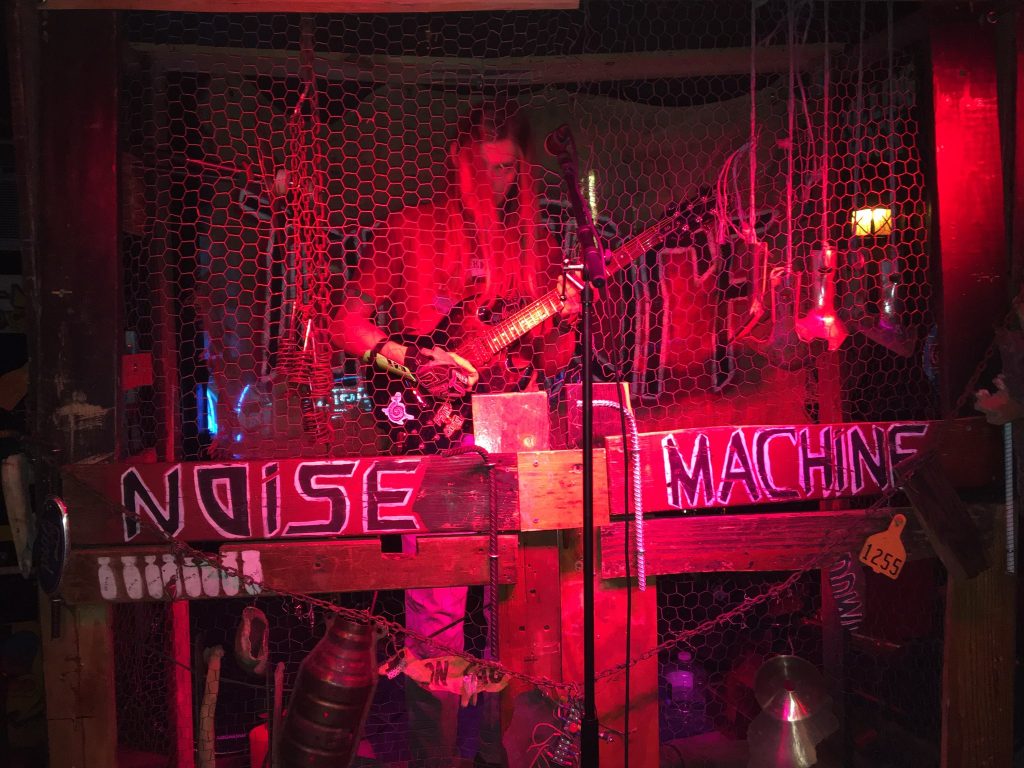 Peter Zaremba: 4/4 to the Four Corners of the Earth