Let’s  face it, we are no longer living in a male dominated world, in the work force or playing guitar in the blues and hard rock scene.  At a very young age  most musicians develop their desire and passion to play or be a musician.  They either excel fast or fade faster. When we see a young child play guitar we are all impressed because of their innocence.  But what when you’re in a crowd of respectable gifted musicians at a Kristen Capolino show, it’s a different scene.  Their mouth’s  wide open in disbelief.  Others taking mental notes or

following her hands. Some shake their head, and just walk away wondering how can she be that good?

We had a chance to catch up with Kristen as she gears up for another monster slot opening for Billy Sheehan’s Talas. Billy also formerly of Mr. Big, David Lee Roth band.  She’ll climb a higher mountain in the months to come as a golden paved road leads her to the stage of Woodstock’s 50th Anniversary!

RRX: Tell us your earliest memory of wanting to play guitar?

KRISTEN: My earliest memory of wanting to play guitar was back at a young age. I was around 5 years old, and my father and I shared a strong passion for rock and roll. I’ll never forget when he introduced me to Gary Moore. He was just so incredible, and it was then that I knew that I wanted to be a guitarist. My brother had a fire engine red guitar that I honestly can’t even remember the brand, but I remember sneaking a few notes in when my brother wasn’t using it lol! My hands were so tiny back then so I could only play on the high E and B strings.  Soon I started playing along with Gary Moore’s videos and from then on I was hooked!

RRX:You have exceeded a  lot of guitarists by talent and age?

Being a young woman is it intimidating?  Challenges?

KRISTEN: Well thank you so much for your kind words. I’ll be honest that being a young lady indeed was a challenge in the male dominated music world. However, I have found that music does the talking and breaks through all barriers and differences. When I was 13 years old, I started playing at open mic nights. For the most part the musicians were actually very kind and supportive, but there were a few that were judgmental and disapproving simply because I was a young lady. For quite a few years I’ve heard “You play pretty good for a girl!”. This used to bother me back then, but years later I met Jennifer Batten, Michael Jackson’s original guitarist, and she told me that she grew up hearing similar remarks, but that she didn’t let any of those comments stop her from doing what she loves. In recent years, female guitarist have been rising up in the music industry, and I do think that has been difficult for some to accept. However, I have been lucky to have met and played with some very talented musicians and artist, and they have been nothing but kind and supportive. It is these types of players that understand that it doesn’t matter what race or gender you are to be able to connect with others through the power of music.

RRX: How about your influences ? Music ,artists ,movies?

KRISTEN: I feel  that I have a pretty wide range of musical influences, but I would say that I wouldn’t have picked up the guitar if it wasn’t for Gary Moore and Michael Schenker(MSG, UFO). I’ll never forget the good old days of riding in the car with my father and blasting some of our favorite songs, such as Lights Out by UFO. I loved playing “air guitar” and rocking out lol! Although my father introduced me to Al Di Meola, of Return to Forever, when I was very young, I didn’t fully appreciate his incredible playing until my teen years. Soon I even started getting into some bluegrass after sharing the stage with Albert Lee, country rock guitarist. I love to take bits and pieces from all of my influences to create my own style. It’s so important to explore all kinds of music because you never know what you can learn from them.

RRX: Can we expect new recorded music soon ?  Is writing music something you do over a year or do you write quickly?

KRISTEN: I’m currently working on new material so we can jump back in the studio very soon! I find that the length of time can vary. At times the songs seem to just come together, while others need more work and adjustments. Usually I’ll record a few songs with my drummer in one day so then I can built on them from there. It’s been so much fun evolving as a writer. It can be a challenge knowing which direction to go musically at times, but it’s a great feeling when it finally feels right. Over the years I’ve learned that there isn’t just “one” way to write a song. When I first started writing, I used to feel limited because I often followed what producers told me and not my heart. In recent years I finally decided to do what I feel is right and see what happens!

KRISTEN: We have some exciting things in the works for 2019! A little over a year ago I started a new series of shows called Mondial, which are available on my website, Kristencapolino.com. Over the years I have gained fans worldwide, and I wanted to be able to reach and connect with them in a personal way. Every show has a different special guest to make them new and exciting. I’ve been very fortunate to have worked with some amazing and kind artists, such as Bernie Marsden of Whitesnake and Gene Cornish of the Rascals. At the same time, I have some other exciting shows planned. My good friend, Gerardo Velez, world renowned percussionist who has worked with Jimi Hendrix and David Bowie to name a few, recently invited me to perform at the 50th Anniversary of Woodstock this summer. I’m so honored and am looking forward to being part of this incredible event! In addition to playing more shows this year, I will also be back in the studio working on new material so I’m very excited! 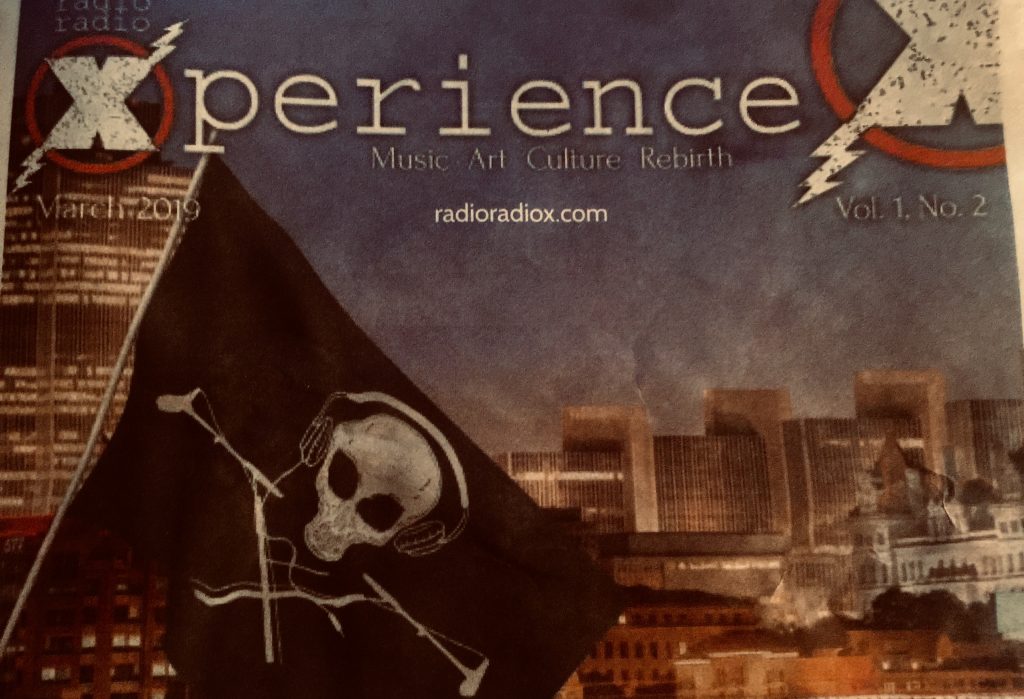