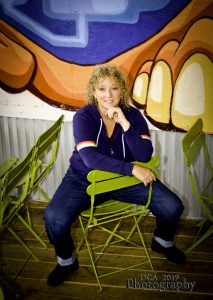 Sometimes someone comes along and blows the doors off the local scene. It can’t be predicted, only enjoyed, for you know, sure as the Shure mic they’re clutching that the wind will blow and carry them off to the waking world, leaving all of us dreamers speechless. And if we’re lucky, we might be by the door to that club, it’ll swing open and the sun will pour in and you’ll recognize the shadow.

Kim Buckley is that someone. She was one of the best when she lit up the local music scene some years ago. And then she went off to conquer other parts of her life, only to be drawn back, better than ever. And she’s here to tell the tale.

I sit down with Kim and we talk about superheroes that don’t wear capes.

RRX: You came on the scene like a storm, and then you took off, only to come back again. It’s a great story, and it’s one that gets told time and time again in the music scene. When you were off-scene, did you plan on coming back, but couldn’t, or were you striking for a different road altogether?

KB:   The role of musician happened by accident.  I was a young teacher in the area and I had been spending my spare time in my 20’s learning chords on the guitar.  I was very happy with learning covers and playing those songs for my friends and family.  Eventually, I began to write my own songs and gained the confidence to accept invitations from friends in the local music scene to come join them and stand in with their bands for a set.  The reaction from patrons and club owners was well received and offers to book gigs on my own were coming in, allowing me to book a full schedule.  Eventually, the natural progression was to begin the search for a band that could back me both on stage and in the studio.  I was beyond fortunate to work with Rob Beaulieu, Nick Landess, Allen Onderchain and Rick Annen, who went by the band name Soul Shock.  We worked together for a little over 2 years, recording and gigging throughout the Northeast.  Things were going so well that I took a 2 year leave of absence from my teaching position to focus on music.  During this time, I averaged over 150 solo/band shows a year.  Needless to say it was a blast but certainly exhausting.    After a 2 year absence from teaching, I decided to go back to my teaching career.  My focus then became my family and continuing my education and completing my Masters. My wife, Karen and I settled together in Knox, NY and put our energy into raising our daughter, Shea.  I did continue to play local acoustic gigs here and there to feed my soul, but nothing that was near the scale of gigging as I had done in my 20’s.    Fast forward 22 years, our daughter is grown and life has allowed me to spend more time focusing once again on music and redefining what it means to “ME”.  Those early years of music were a whirl wind of playing as many gigs as I could, traveling staying up all night only to do it all again.  It was a job!!!!!   I played everywhere and anywhere.  Today, I chose the gigs and establishments that feel right.

RRX: Coming back to a scene after an absence is challenging. You figure either no one remembers you, or everyone does, and it’s like ‘Norm!’ on Cheers; everyone expects you to stroll back to the bar and claim your old stool. So was that something you were trying to do, to find the old place, or were you looking for a new direction?

KB:  I never felt like I totally left the scene.  I kept connections with local musicians and club owners and accepted their invitations to play.  It just was not near the scale I did when I was diving into the music scene in my 20’s.  However, with in the last 5 years or so I have increased my bookings in the area and have spent more time writing.  I never expected with my “Return” to ever have the level of local name recognition or to resume my bookings at the level I did in my early career.  However, it is always nice when locals do recall me and even better when I win over new fans.   Today I focus on bookings that tend to be music friendly and less of the venue where I am background music.  There were those places that were artist friendly as I grew as a musician,   Positively 4th Street, Ale House, Valentines….etc., that 100% supported and provided a setting for music lovers, both for musicians and fans.   What I find comfortable today are places that hold true to supporting “local”.  Venues that focus on local food, music and providing locals, a place to connect as a community.

RRX: Music is like anything, it doesn’t occur in a vacuum. I imagine when you were playing before your hiatus, it meant something even slightly different than it means to play now. Are there any insights you’ve picked up by not playing for a while that are shaping what you do, or how you go about playing, now?

KB: During my early years it was hard to slow down.  I was always chasing my next gig.  Over the last few years, locally, we have lost powerhouses of the local music scene.  Many of whom I have shared the stage with or have admired by standing in the audience as a fan.  With their departure from this world, it has been a reminder to me slow down, love purposefully and share my light, both personally and through my music.

RRX: Your music is very eclectic, and not in a disorganized, cluttered way that is sometimes applied to that word. It breaks bounds. It gives the listener (me) something that doesn’t just fade into the convention of a genre. I don’t always ask people their influences, but is there anyone local you have your ear on?

KB: As I had referenced early about local powerhouses that we have lost, Caroline Ishacsen, was certainly an influence.  Her passion for music, her passion for her friends and family are what I most remember about her.  She was someone who supported me from the beginning of my career in music.  Mike McMann, who is incredibly talented and is “living the dream”.  He is constantly gigging throughout the Capital District and the Northeast.  His passion for live performances and support from his fans are proof of his talents.  Last, but not least is Rob Beaulieu and his band Raisinhead.  He too, has impressed me with his longevity and creativity.  He boosts impressive players in his band and his sound is grabbing and holds on to you.  I always feel blessed and beyond grateful when I am asked to join him/band on stage.

RRX: I like thinking about the musical map in our area. It’s not so much a physical map of venues, though venues play a role. It’s more like the constellations of bands and sounds that move through the area. Do you feel that there’s any kind of guiding force, or luck that keeps certain bands in each others’ orbits? Any examples?

KB:  I love the phrasing of “orbits”.  I do believe that there is no artist or band that hasn’t or isn’t “orbiting” around others.  To be successful and have longevity in this business, you need people;  people who believe in you!  I certainly have been blessed with those people.  First and foremost, my main orbit is my family.  Their support  is why I can do “what I do”.  Supporting me financially;  earmarking funds for gear/guitars needed to gig, juggling family schedules, hauling gear and on and on.

The support from friends and fans, who throughout the years are always there.   It is humbling and I am so grateful to those that still make the trip, still ask me to play one of my songs and still ask me to keep gigging.

I am grateful to the club owners that still have the confidence to book live music and include me in the music lineup.    Art Fredette, was that club owner who never forgot about me.  He has been that constant motivator and support to keeping me locked into the local music scene for over 23 years. Personally, I am forever grateful to him, to his support throughout the years.  But most importantly, I believe that his endeavors over the years, whether that as a club owner, band mate, or in radio, have always been in support of local music.   He has always been a spoke in the wheel.

RRX: There are a lot of venues in the area, but some bands are also known for being their own venue, in the sense of starting festivals. Only sometimes are these in a closed-wall venue; sometimes they’re on grassy acres with a power supply. Have you been a part of any festivals? If so, how do they differ, in playing, than traditional venues?

KB:  I have been a part of festivals in the past, most recently at the Spring Fest hosted by Twisted Vine in Delmar.  Festivals certainly organically than a gig inside at a venue.  Being outside changes the vibe in a good way.  Typically, music festivals tend to have a ticket price, which changes the dynamics.  Having someone pay for a ticket, provides an audience that has made a financial investment, which most often translates into attendees being absolute music lovers.  Music outside with music lovers is the reciepe for a great day of music, as long as the weather cooperates.

RRX: This is where you answer the questions I didn’t ask. How much funk is the right amount of funk? Can a penny in an acoustic keep time? Educate, enlighten, emote… the floor is yours.

KB: I love the questions posed in this section.

How much funk is the right amount….Ask Rob Beaulieu…I know it when he plays it!

Can a penny in an acoustic keep time?….Only if the penny is wearing a watch.

I am forever grateful to all that have supported me over the years.  I have learned not to take myself to seriously, as a musician, in regards to being something that I am not.  I am simply a singer/songwriter originally from Grafton, N.Y., who you might not remember, but might have something to say in her songs…..if you listen. 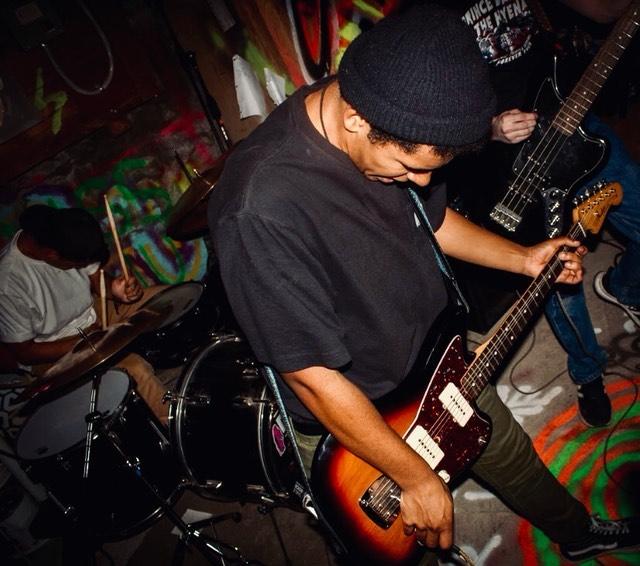