On lonely stretches of road, where the houses are only close enough to let you know you’re in habitable land, he’s been your copilot, the only one you’ve trusted to mess with the music. He screws around with you at the office, when all the ‘kill me now’ memes apply. He’s brought you the greatest and most hated, and in both cases, he’s gone unsung. 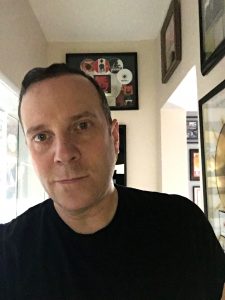 Jason Keller has been all over the map in radioland, most notably (for me, anyway) on 103.5/103.9 (The Edge) 103.1 (Channel 103.1/WHRL) and 102.7 (WEQX.) More than just seasoning the upstate New York and Vermont airwaves, he’s brought to your attention the best of what happens here with care and professionalism.

We sit down with Jason and talk about hunting for UFOs with radio waves.

RRX: You’ve had decades of experience doing what I’m just beginning to do here, in terms of cultivating content that’s going to hit a wide audience. And obviously, as it is here, you don’t usually get an open hand; there’s usually an ‘assignment desk’ of sorts. When you had a ‘must get’ interview or profile, how did you make it yours?

JK: When interviewing someone, no matter the setting, one must establish a rapport with that person within ten seconds. Set the tone immediately, and engage your subject. I’ve found that most people will follow you down the path of an interview if they sense that you’re in control of the moment, credible, and that you’re a genuine and curious person. Also, learn to wrap it up; be a gymnast, have a dismount ready.

RRX: Radio is so close, so human. We live in a Spotify universe, but on that long drive, in that room in the dark, your voice might be the only friendly one a person has heard all day. When you’re in the studio, do you ever think that you might be someone’s only friend? Do you ever get emails, messages, or phone calls?

JK: If I am someone’s only friend, well then, I’m privileged to be in such a position. Yes, I do get a variety of messages on many topics through all different mediums; there is no shortage of ways to contact anyone at this point. I’m glad I also got to briefly experience the era of getting actual letters written to a radio station. Literal fan mail was really a special experience; seeing someone’s handwriting was very telling; especially from prisoners. So on the topic of what I think about when the mic is on, I’d say most of us who do this are always trying to deftly balance multiple variables: Relevance of the topic being addressed, proper timing of the music and production elements, the improvisation of descriptive word choices, making an actual point with those words, and doing all of this while running the soundboard. Anyone who has access to a radio show knows how fickle the entire field is – impress your audience.

RRX:  Radio is a passion, one that we all clearly love, but it’s a business too. Now WEQX has been in the same musical niche since I was a kid, which, without aging me, is high praise. But formats change faster than musical tastes change. Have you had to cope with any radical format changes where you worked? What’s the key to surviving one?

JK: EQX is one of the last great independently owned alternative stations in America; we just passed the 35 year mark. I’ve been doing the 3-7pm afternoon show on EQX since 2013, but the inaugural day of the station was on November 4th, 1984. This day cemented our station founder, the late Brooks Brown, as a true legend. I really have to thank station owner Mimi Brown, and our program director Jeff Morad, for fostering a continual environment of creativity and independence. I did spend a significant amount of time working for large radio conglomerates, and yes – I have experienced a radical format change. I enjoyed over a decade of my career at a rock station in Albany called Channel 103.1; I wrapped up my morning show at 10am on a random Friday, and by 10:03 on that same Friday I no longer had a job. Two days later the station flipped formats and it became the FM simulcast of news/talk 810 WGY. Surviving a format change you ask? One, remember that you are not just your radio show, it is simply an extension of you. Two, embrace new professional paths. Three, don’t be bitter – it’s not a good look.

RRX: You followed Howard Stern on 103.5 / 103.9, the Edge. So you had the full listenership; I don’t remember changing the channel, don’t think anyone else did. I don’t like ‘what was it like’ questions, but seeing as how you’ve been so well traveled across the dial, are there truths that come with following a national syndication?

JK: During the mid/late 1990s, I was still very new to all of this, and coming on right after Howard Stern was a great motivator to not completely suck. At first it was a bit daunting since I hadn’t really done many radio shows in the daylight. I was about one year into doing weekend overnights in Burlington, Vermont (thanks to my first program director Steve Cormier,) and The Edge was already a highly rated alternative Rock station in the Capital Region; I was fortunate to be in a position to be exposed to such a sizeable audience. The program director, Dan Binder, took a chance on me and offered me my first full time radio show. I wanted this so bad, but I definitely remember being nauseous that first day and thinking that taking this job was a terrible move. After my first week, I chilled out a bit and never looked back. Each day the Howard Stern morning show would end at a totally different time. Middays (my show at the time) were defined by 10am to 3pm, so when Stern would sometimes go to 11am, some of my ratings were essentially a gift from him. Thanks Howard.

RRX: What I like about radio, as opposed to streaming DIY, is that it’s person-to-person. Someone is turning me on to music, someone I could run into in the store. Do you think that larger stations are missing something when they playing me the same twenty-four songs every day. What can they learn about a ‘grassroots’ approach?

JK:  I think all radio stations have to do what they have to do to stay solvent. I will though always advocate for the benefits of personality driven radio, and the more intriguing the staff the better. I also think expanding a song play list is never a bad thing. There is absolutely no shortage of compelling, accessible, music that would most definitely change vast numbers of lives with just a little more airplay. I am proud to be part of a radio station that encourages irreverence, and continually champions new music while celebrating important library tracks.

RRX: I mentioned Spotify in a previous question, and I’m probably one of the last people to have a car that isn’t as hooked up as my phone. And if 5G starts to get implemented, WiFi is going to reach as many people as tower-driven radio waves. So how does radio stay relevant over the ‘rise of the machines’?

JK: This question requires me to be a bit of an oracle, which I am certainly not.  I do though absolutely find it beneficial to acknowledge technological trends, continually read industry trades, attend broadcasting conventions, and to learn how to properly implement new platforms while never losing site of the real task everyday: creating compelling content. I think as a society we are far away from the FCC dismantling the radio towers, and the stations who hold those FCC licenses are going to continually find ways to serve, benefit, and entertain their local communities.

RRX: This is where you answer the question I didn’t ask. What in your car makes the best emergency pop filter? What number is closest to the listener line, so you get all their calls? Enlighten, educate, emote – the floor is yours.

JK: I’ve never been in an emergency pop filter situation, but if I was, I’d say start talking close to your car’s interior roof lining for some makeshift sound dampening. Second part of your question: We don’t have anything really close to our 802.362.1027 request line, but I did just speak to a nice elderly man last week who mistakenly called our business line, and we had one of those quaint “wrong number” exchanges where you try and get to the bottom of the mystery. Why not take the two minutes to have that chat? It’s another human connection with someone who just might need one.

Ade Knowles – Soul Soothing and the Paths to Origin 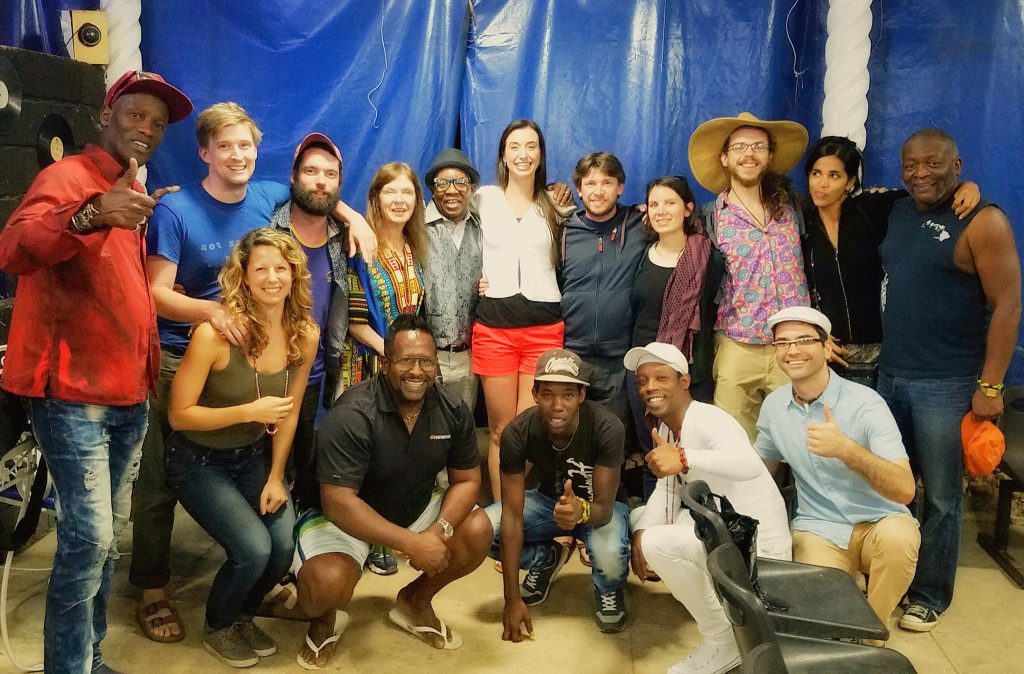 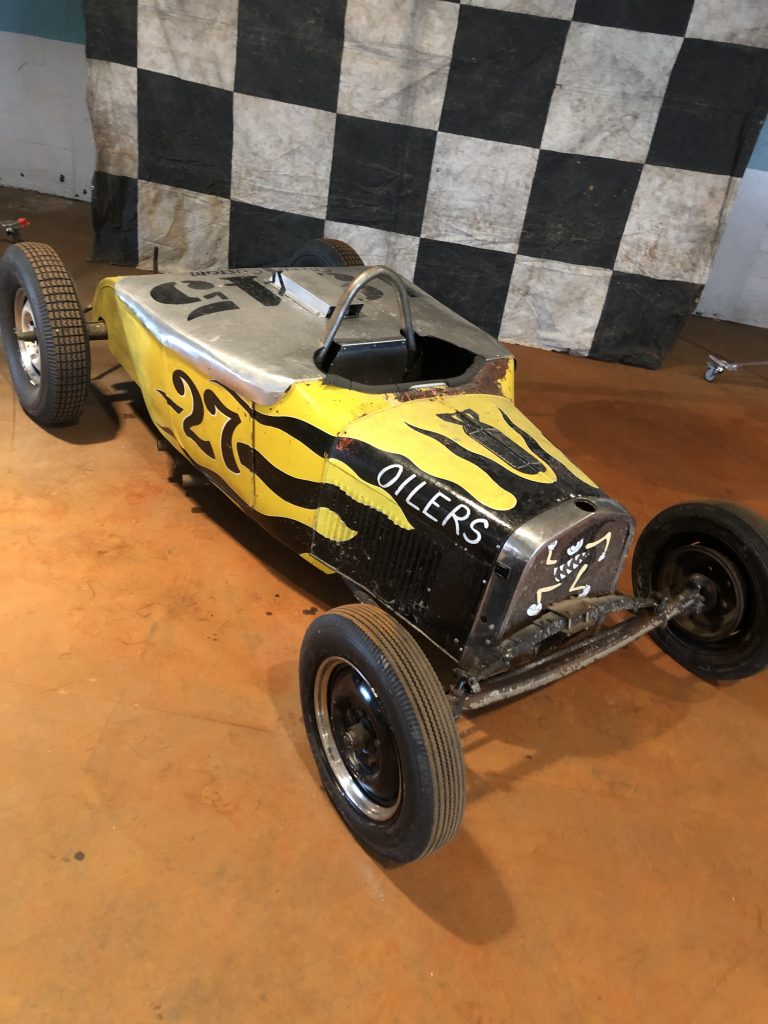