Age, Wisdom, and a better Scene

You may know him from such places that used to exist such as: The Hudson Duster and Bogies. You may know him from bands that used to play the scene such as: Attica and Bruise Bros. But… Mike Valente has only aged like a fine wine, Upstate Black N Blue and his band Brick By Brick are going just as hard as they ever have. Mike was nice enough to let us peak behind the curtain just a little bit in this interview.

RRX: Anybody who is anybody in the upstate music scene knows your name. According to my research you’ve been booking and promoting since 1986. That means that many of the people in the crowd today weren’t even born when you started. At what point did you realize that this was your niche and that you could be a successful promoter for Upstate NY? 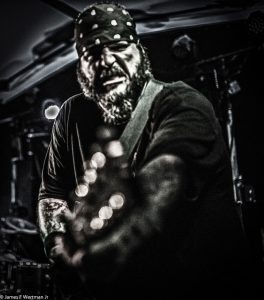 MV: Well, I guess you can say that when I was a kid, I wanted to be in a band and play. At that time, I was not good and I had to set up my own shows to get shows. Eventually, I grew into a better musician and made a lot of friends in the metal scene and started going to hardcore shows and made many friends there too. I just kept bugging people to put my band on shows. Finally, the shows I set up started to gain momentum. I don’t think I would call myself a “promoter.” I’m more of a talent buyer. If I was a promoter, then I would be taking a cut of the profits and not paying the bands. I officially started booking REAL shows when I had the Duster in Troy from 2003-2006, then Bogies, 2008-2015. Now, I do it more for fun and the love of music. I’m a grown man that has a job, so I take nothing from this scene monetarily. The bands get paid 100% after overhead is paid (if there’s a national act). For every local show I set up, the money is MORE THAN FAIR for bands that draw.

RRX: Many national acts bring along their own support but in the event that a spot for a local act is available, what do you look for in a local act that would persuade you to book them with a recognized touring band? Maybe some pointers for the up and comers.

MV: I am fair. I take EVERYONE into consideration. I actually listen to demos. I encourage bands to approach music as if social media is NOT present. Get out there! Go to a show. Meet people, hand out flyers, demos and be sociable. Facebook and the lot are meant for ADDED support not main support. But in order to get onto my shows, I want to see the band have a presence in the public eye.

RRX: Because you have been at it for so long I imagine you have some tales to tell. Any stories that you may want to share about your time with Upstate Black-n-Blue?

MV: Upstate Black -n-Blue has been mostly a blessing rather than a curse. Yeah, I get frustrated when I see others cutting corners and making profit off of these bands, but it’s on the bands for falling for the B.S. My books are always open. I have a million stories that have molded me into the business person I am today. I have enjoyed meeting bands and making friends. I’ve only made a couple of enemies, but you never hear of them.

RRX: Now besides being one of the top talent buyers in the area, you are also known for being a local guitar hero with the band Brick By Brick. Over the years you have shared the stage with some noteworthy acts and you’ve toured overseas. There has to be an interesting road story or two that you’d care to share with us.

MV: Every show is a road story. I am blessed to be in a band that hardly ever argues or bickers. We all love hanging with each other and experiencing cultures and other areas. A majority of the time, it is the traveling to and from shows that is hilarious. Jameson is a regular comedian and everyone in the band is witty and busts balls with the best of them. We try to bring the party and brighten up everyone’s day when we are present.

RRX: Looking back you made a lot of decisions that brought you to where you are today but from the outside looking in; one might say you chose the music while at the same time it may seem like the music chose you. I could imagine it may not have always been so easy, were there any big hurdles that you had to overcome in order to carve you mark in the scene?

MV: I grew up in a metal head. Always loved thrash and the classics. I discovered punk and hardcore in 1985, but I didn’t quite fit in. I had long hair and wasn’t in the know about what was going on in that scene. When everyone was going to CBGB’S, I was going to L’Amours. As I grew older, I got into and appreciated the hardcore scene more. I always kept a balance between metal and HC though. My first band was Attica… total thrash band. We went through several lineup changes. People just didn’t have dedication. Toward the end, grunge was taking over and killing us. We started going the “Pantera” route and breaking off from the thrash and the quality started to suffer. At the end I joined the Bruise Bros., which was a cross of hardcore/metal with swing/jazz. It was in that era of Cherry Poppin’ Daddies and Big Bad Voodoo Daddy, but we wanted to still be hard. Again, it ran its course and we kept getting blocked on every end. Brick By Brick was formed because I missed the metal side and wanted to have more of a hardcore attitude. Again, as we grew, band members fell off because they had no focus. To me, it’s not hard to balance life and music, to others, it’s a friggin’ disaster. Now, we have a lineup that has been making ridiculous milestones and touring the world. Finally, I have something that is steady and we are at a point where we call the shots and do things when WE want to. Our label gets it, our booking agent gets it and everyone gets it. Finally! Now I’m old… better late than never!

RRX: So what’s next for Upstate Black N Blue, Brick By Brick and Mike Valente as a whole?

MV: Upstate Black -n-Blue will be making an announcement this summer. We are teaming up with a heavy hitter with a new venue in downtown Albany. 1500 capacity room upstairs and 300 capacity room downstairs. I cannot divulge any info as of yet, but, it’s going to be the real deal! Brick by Brick is in the process of writing new material for 2021 release and we are developing our own JACK DANIEL’S SIGNATURE SINGLE BARREL LIMITED RUN! Due out this summer. Actually have to go to Lynchburg TN to help with the development and taste testing!
Mike Valente… well, he’s still an assh***! Ha… I’m just working and surviving like the next schmuck. Blue collar style!

Liam Gets a Haircut… (All of Them) 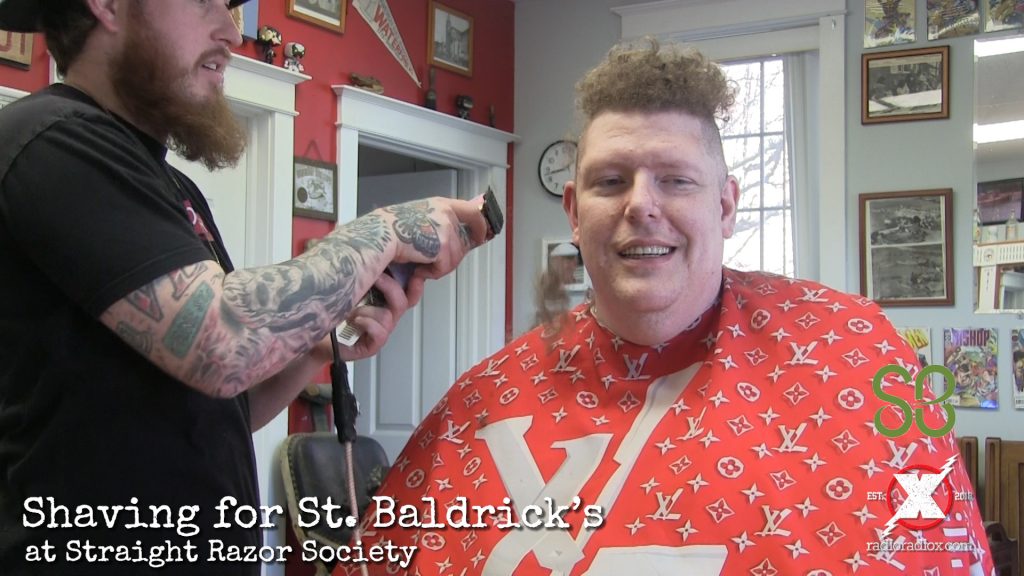