For Entertainment Purposes Only -By: Rob Smittix

If you’ve ever had the experience to sit down with a psychic and you’ve gotten a reading then you may remember that many clairvoyants offer a disclaimer prior to fortune telling stating “for entertainment purposes only.” This will tend to ease the minds of the skeptical as well as those who may take the information given to heart.

There is a big “however” because some people do truly possess the gift. I’ll explain.

Years ago, my mom would go to see a psychic regularly. Now this particular psychic did not advertise and did not have a storefront. I am keeping her identity private because she never intended to make her supernatural gift a business. Here’s what happened.

My younger brother had heart problems ever since his birth and we were well aware of this. My mom was visiting with her psychic friend and she got a reading in which the psychic insisted my little brother had an issue with the circulation of blood in his leg. The doctors have never mentioned this and my mom thought it was most likely not accurate but decided to have the doctors look into this claim anyway. Low and behold the psychic was correct.

Another personal experience was the first time that I ever went to see a psychic for myself. Of course, my mom brought me. I did not see the same psychic that she went to regularly. I went to a Howard Johnson’s hotel for my first reading. The entire time I thought to myself, “how good can a Howard Johnson’s psychic be?” Well…

I was 18 years old at the time and I just started my internship at 103.5FM/103.9FM WQBK/WQBJ The Edge, as I was fresh out of broadcast school. The psychic asked to hold something of mine so she could read the energy. I reached into my pocket and I gave her my keys. She held my keys and from there she mentioned names of people that were in my life, I specifically remember that she told me to stay away from wooded areas with my cousin Kevin. I don’t know what that meant because I heeded the warning. The second thing I remember her saying was “I don’t know what this means but you will be working with Mason and Sheehan.” I thought wow that was pretty cool that she recognized I was getting into radio but I thought she was off with her prediction because I just started my internship with a different company.

It wasn’t until a couple years later when Mason and Sheehan jumped ship to Classic Rock 102.3 WXCR that I realized the Howard Johnson’s psychic was accurate. I went on to work with Mason and Sheehan for a while afterwards. How did she know this?

The third mind-blowing experience I’ve had was with renowned psychic Stephen Robinson who operated a psychic institute in the area at the time. It was 1997 or 1998 and I had a talk show on Talk Radio 1300AM WQBK. My co-host (Matt Sanford) and I invited Stephen to be a guest and do readings with our call-in audience “for entertainment purposes only.” Well, I couldn’t tell how spot on Stephen’s readings were until a certain caller that I personally knew called in. My friend, the caller, lost her son in a terrible motor vehicle accident and Stephen could somehow see this over the phone line. Stephen was very professional and asked my friend if she wanted to continue the reading off air and my friend said no, we can continue forward. Now I know for a fact that my friend didn’t know Stephen Robinson and that this wasn’t a set up for radio. The Howard Johnson’s psychic held my keys but how did Stephen Robinson obtain this information over a phone call during my talk show?

These predictions that I have personally experienced proved to me that some psychics are in fact the real deal. How do they do it? How do they know things that should be impossible for them to know? They say we all have these abilities inside ourselves somewhere and we just need to figure out how to turn them on. What do you think?

I have always been interested in the supernatural and the mysterious and I decided to do my own research and studies to see if I too could access the gift. I obtained an entire library of occult books and I started doing my homework. These books were more than second hand, in fact they were all at one time circulating library books that have been in at least as many hands as the stamps on the card suggested.

After reading more than half of the library, I wholeheartedly can say with certainty that a lot of it was pure nonsense. Anyone can write a spell book suggesting for love that you gather a lock of the desired’s hair, bury it beneath a tree for three days and walk backwards around the base of the tree while reciting “just like the roots of the tree, you will grow to love me.” To me, I thought that this was not only creepy and stalker-ish but I also figured it was BS.

I wasn’t having much luck with any of these books until I stumbled across a dark book that actually had blood splatters on the pages. This book referenced Aleister Crowley often and it had a mirror spell that I just had to try. As instructed, I lit a candle to illuminate my face and I recited the words in the book while staring into my own eyes in the mirror’s reflection. After a minute or so my face changed into a much older and uglier face that I didn’t recognize. I shook it off and although I was taken back by the experience I went about my day.

Later that same night, I woke up thirsty at exactly 3:00 a.m. and I went into the kitchen to get some water. Suddenly, a female voice screamed in my ear as loud as you could possibly imagine and circled around me like a wind. When I woke up the next morning my father told me that at exactly 3:00 a.m. he woke up choking at the other end of the house. My dad went into the bathroom and gave himself the Heimlich maneuver over the bathtub. To his surprise a bone came flying out of his throat. Let’s just say, my dad was not eating chicken wings in bed. We experienced a month’s worth of unexplainable and terrifying events afterward and I destroyed all of the books from the library.

I may not have figured out how to tap into my own psychic abilities but in my own exploration of the unknown I did discover that there is much more to life and death than what is on the surface.

Getting Uglie in Saratoga, The Bumpin Uglies Return to Putnam Place -By: Jetta Intelisano

Sing In The Streets: A Neighborhood Festival (Celebrating 62 Years of Caffe Lena) -Photos By: Tim Reidy 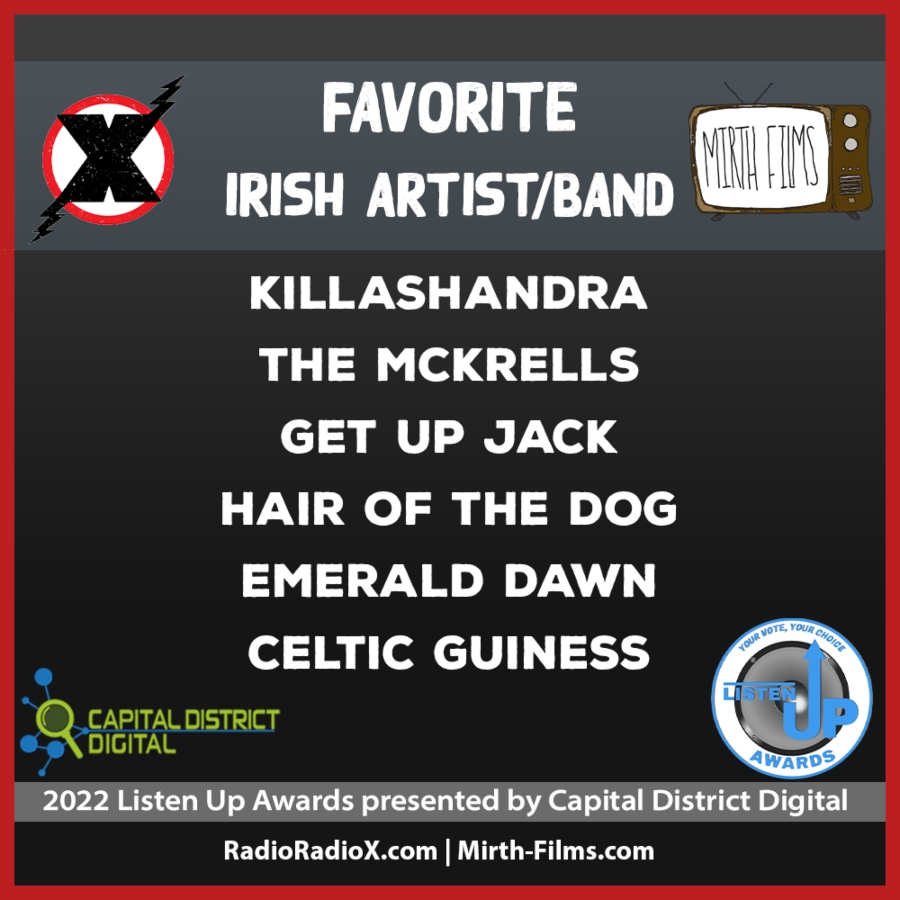