Driven. That’s Mark Emanatian. Since March 2020, when the Covid-19 Pandemic hit, he has built a coalition that has organized mass food distributions feeding over 250,000 people in our area.  He plays in a few bands, among them Soul Sky and The Lawn Sausages. He does a lot, some of which we know, and much of which we’ll likely never know (unless he spills during this interview.)

He’s a gracious guy, and did I mention he was driven? It’s in the music too, encapsulating the upstate New York “crank-it-up” attitude. Both well liked and well regarded among musicians, and first among equals. I sit down with Mark and talk about a little wet marble, third from the heater.

RRX: The thing that is universally said about you is that you have a lot heart that you bring to the stage, and to your work in the Capital Region community. And there’s a parallel that you could draw between the giving nature of music and other forms of giving. Are your music and your community work branches from the same trunk, do you think?

RRX: I’ve heard you play, and you go from having a real stomp acoustic road-trip vibe to some slick hotwire blues riffs. I heard a tribute to Ernie Williams, departed local blues great, and I’m always curious, when I hear blues players, what it means to them to play the blues, or to sing the blues. Can you describe that meaning, and how it motivates you?

ME: I heard blues music when I was a kid and it grabbed me right from the start. So did the sound and look of a guitar. So I studied it. Listened to everything. Read everything. Tried to meet blues musicians. Went to Mississippi and Chicago and Memphis. It’s a music that reaches across time and distance and makes you feel alive. I don’t strictly play blues, but it informs all the music I play.

RRX: Jimmy Barrett was one of my earliest interviewees, and he was in high praise of you being someone who could straddle the fence of having a career and a music career. I’m sure you read it, as Jimmy is a friend to all, so I figured I’d give you a chance to comment on it. I’m sure there are quite a few aspiring string-slingers who’d like to catch some wisdom here.

ME: Jimmy Barrett is the best. He is funny. He is generous. He has an encyclopedic knowledge of music. He uses his influence to build up the music scene and the musicians who make it. He is always encouraging and building bridges. And he has helped so many people and charities. I think that’s what we all should aspire to be like. People who build up rather than tear down.

RRX: It’s about that time of year, the fall-winter, where people pause the slug-fest of most of the year and reflect on what good exists in the world. The number of “good” events go up dramatically as we near the holidays. And Foodstock is one of those events. Can you tell us more about that?

ME: So many people in our area are living in hard times. They have trouble making ends meet. There are children, elderly and poor people who can’t afford enough food. Foodstock is the work of the wonderful Bob Gamache and Jody and Jason Brenenstuhl of the Rustic Barn. It raises money to feed the people that need it. It supports the work of the Food Pantries for the Capital District. I help as best as I can. We have been trying to do two concerts a year to raise money and awareness and we have been very successful for many years. Covid threw a monkey wrench into it last year, but we are going to do it this year on November 7th.

RRX: Latching on to the last question, we also have a memorial event for Josh Bloomfield, friend to all, who we lost to cancer last year. He was beloved, and we all eagerly waited for news on his memorial. So when is it, and what’s it going to be all about?

ME: Well first off, I can’t tell you how much we all miss Josh. His passing left a big hole in all of our hearts. I wish I could talk to him again. I wish I could hear him laugh. I wish I could hear him play music again. The cancer that took his life is a horrible cancer called Cholangiocarcinoma. We want to get together with the musicians who played at the Jam for Josh concert and raise some money in Josh’s name to help the people fighting this cancer.  And almost more importantly, we want to get together and remember our friend and brother and raise a glass in his honor. We are going to do this on Sunday, November 21st at the Hanger on the Hudson.

RRX: Memorial concerts are an expression of love and remembrance. But some of them end up transcending that love and remembrance, and grow into standalone events in their own right, which is really a great thing. The Dustin Mele benefit is one of those events. Can you tell us a little bit about it?

ME: My dear friend and band mate Joe Mele lost his son to suicide almost a decade ago. Joe and his family have used that tragic event to raise thousands of dollars to help people suffering from depression and mental illness. The music community has rallied around this annual event to remember Dustin and to shed some light on one of the things that affects so many of the people we know and love. It is another example of building community and spreading some love through music. We are going to do this in March, 2022 at Revolution Hall.

RRX: This is where you can answer any good questions I didn’t ask. Who’s on the edge, who deserves a ‘like’ or a ‘share’? What projects do you have coming up? I yield the floor.

ME: I would just like to say thank you to you and all the people that are using their talents to build the community we have been talking about. These have been some hard, hard times, but in many ways it’s brought out the best of who we are. It has reminded us of what’s important. So do what you can. Keep music alive. Take care of your family and friends and keep your chin up. 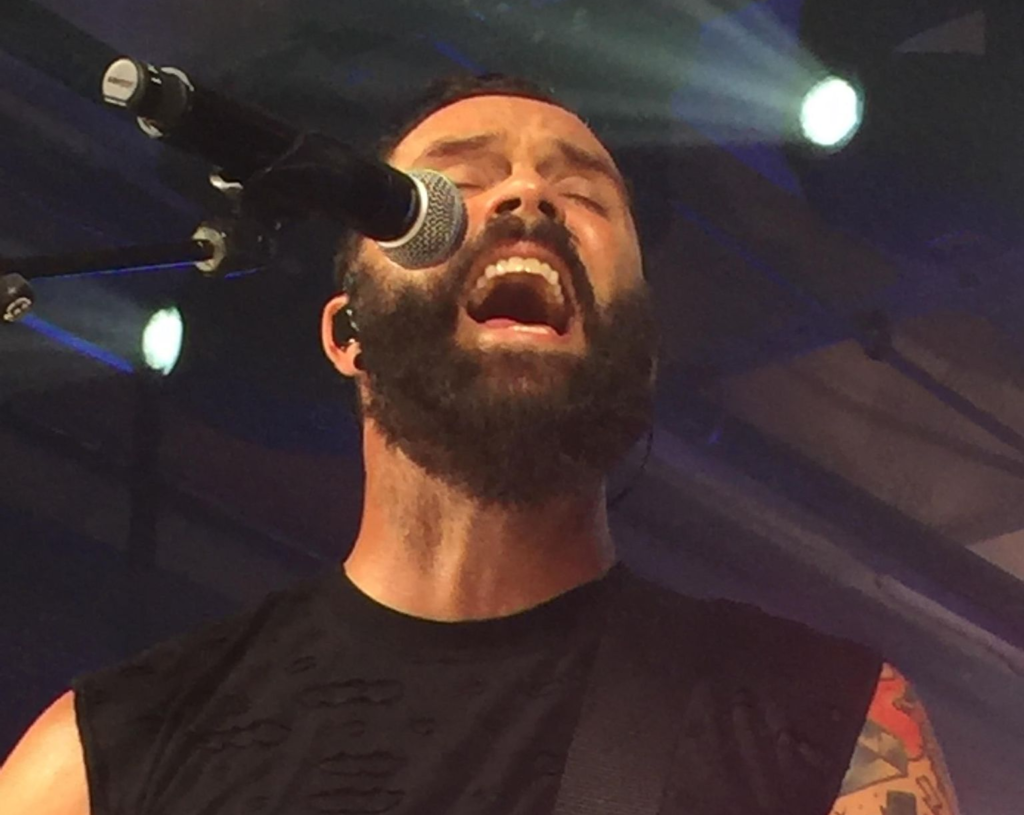