Music is performance. It’s feeling and meaning. All true. Some people get up on stage determined to put on a show. Others get on stage to tap into that thing that’s greater than us all and wrestle its voice. They play because they love playing and would play in a dark room if there was a good groove to be found in there.

Luke McNamee’s saxophone is well-traveled, yet it catches the gleam of the stage lights in just the right way every time. Luke plays to play. And we thank him for it.

I sit with Luke and talk about apartment soundproofing.

RRX: I could probably start at the top of a sheet of lined paper, write every band or project you’ve been in on a different line, and fill both sides. Blue Hand Luke, House of Blues, Neanderthals… it is a huge list. Of all the bands you’ve been in that are no longer going, which one do you most wish had kept going?

LM: When you sent me this question, I said to myself, well, I started to write down bands that I played with, I don’t know how many there were, but yes, it would easily fill the front and back of a sheet of paper. But there’s been so many great experiences. The first band that was really significant was Roomful of Blues, which I joined in 1979. I did an eight month stint with them while the baritone sax player was on sabbatical. That led to the second band, which is the answer to your question. Because I played Roomful of Blues, we did some gigs with a band called the Cobras, who were out of Austin, Texas. I sat in with them a few times, and when my time with Roomful was over, they gave me a call and they wanted me to join them, and I moved down to Austin in 1980 and I lived there for two years, and I played for the Cobras. And if I could go back to any band that I played with and relive time, it would definitely be those days down in Austin in the early 80’s with the Cobras. Personally, that could never happen because three of the six members of the band are no longer with us. As a matter of fact, 2021 has claimed two of the members of that band, Denny Freeman on guitar, and Leland Parks, our bass player. Shameless plug, if anybody is interested, there was a re-release of an album the Cobras did 40 years ago, it was actually a live album, and that’s available in the Beat Shop, right in Troy.

RRX: The first time I ever met you, you were wearing the good old red velvet and white fur trim. You were Sax ‘O’ Claus, and you and your elf were walking around town bringing gifts of sweet sax. I honestly didn’t know at the time if you were doing a thing or if you were out of the looney bin on shore leave, but the music was great. How did it start?

LM: Right now in my present life, Sax O’ Claus is the number one thing that I do. It’s definitely grown a life of its own, that’s for sure. The best thing about Sax O’ Claus is that I get to bless a lot of people by getting dressed up in that suit and playing my saxophone during the Christmas season. I play in nursing homes, I play for kids, I do the Victorian street walks in Troy, Glens Falls and Saratoga, Hudson, all over. I get to play people’s parties – just really having a lot of fun and putting smiles on people’s faces. It really makes Sax O’ Clause my true love musically right now. I couldn’t imagine a day when I couldn’t do it. And of course, Josh, my elf, has joined me. I started Sax O’ Clause in 1979, so we’re coming up on my twenty-fifth season of Sax O’ Claus. Josh Greenberg is my elf, and he joined me ten years ago, in 2012. His joining forces with me has really put the whole Sax O’ Claus thing in another dimension. He’s a very skilled arranger, and he also plays tenor sax like I do, and he takes all of the songs, and makes a really sweet two-part arrangement. He brings a lot of life into the Sax O’ Claus thing that I started 25 years ago.

RRX: In the depths of the pandemic, you donned a purple cap and gown, went up on the steps of RPI I believe, and played for the graduating class, even though they were receiving their degrees remotely. And it was a big thing too, because about that time, everything was fully locked down and it was a statement. How did that get started?

LM: That just came about out of thin air. The pandemic had hit, everybody was locked down, and I just felt really bad for the graduating class, whether it be college, or high school or middle school. They worked so hard, and they were looking forward to having that big ceremony. And when it came to 2020 and the pandemic, I felt so bad for these kids, so I said, “What can I do?” So, I wrote out the guidelines for what we called ‘pomp and quarantine,’ and again, I enlisted the services of Josh Greenberg, and we put just that one song together, ‘pomp and quarantine,’ for a video, and Art Fredette was very gracious to do the live filming of it, and he did a wonderful job filming. We put it together and we put it out on YouTube, and set it out there, and it got a good amount of views. We figured there were probably a lot of kids sitting at home with their cap and gown on, maybe mom and dad or their grandma was there. We figured they could at least put this on their phone or whatever, on their computer and listen to it, and have their graduation. Everybody in the year 2020 had to compromise a little bit, do things differently. That was just our way of helping kids out, because that’s what we do.

RRX: You’ve not only been in so many bands I can’t round them all up, you’ve jumped in on sessions and added sax to amp up the set. During my dad’s memorial show, you jumped up with Off the Record Trio and took it into high gear. Does being a sax player get you into more sessions, you think?

LM: I’m going to be open to really anything. I love sitting in with bands; certainly, Off the Record is at the top of my list, as far as bands who will have me come out and I love playing with, and sitting in sometimes for a whole night, sometimes for part of a night. Whatever amount of time we have together is good. Also, I love playing with Johnny Rabb’s Big Band, that’s a kick, and I get to do some things with Mike McMann, who has a CD coming out. Blue Hank Luke will be playing out next at a gazebo near you, so look out for that. 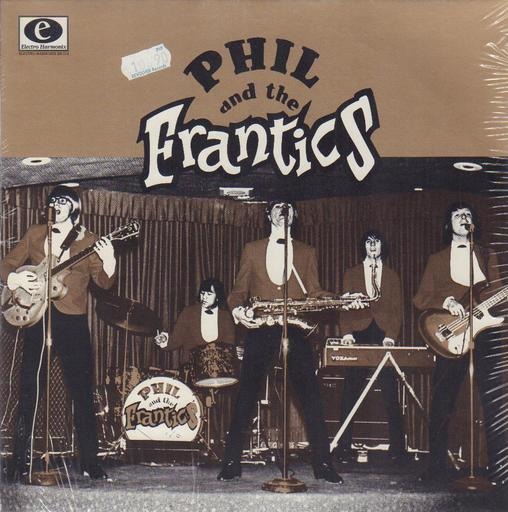