Fun bands are great. It’s strange, in that some bands, you listen to their music and lyrics and you feel so light that you don’t realize how difficult the music might be to put together. Like they say; the great ones make it look easy. And it’s refreshing to have a music that just does what it’s supposed to and gives you a good time.

Haunted Cat is just such a band, and from their eclectic mix of grooves and styles to their never shying away from engaging in festivities, you will find a good time the moment you click ‘play.’

DB: Let me start by saying it warms the cockles of my heart that you think of HC as a fun band! We have heard that and always appreciate it. We also aim to strike terror into the souls of audience members so their hair turns fully white on the spot, and folks are frequently seen sobbing heavily at our shows as well. Those people are usually watching Steel Magnolias on their phones. The key is, we want to take people on an adventure and hit on all the emotions one could possibly feel, as long as it’s not boredom.

To that point, and with respect to the specials, there are all these ideas that excite us beyond what we’re going to play at a live performance or release as audio recordings. Stuffing those ideas away because they’re outside of a traditional band activity would be bad for morale. They need to happen. We don’t want to just do holiday specials either, we may soon venture into fetish videos, reenactments of obscure political assassinations, revitalizing the Jurassic Park franchise… and, look, this could all be the same project. The important thing is, we want to keep ourselves entertained and interested, and if we are doing that, some other people will probably be entertained and interested. Hopefully?

RRX: The band seems to have a sort of light, sort of lackadaisical feel, from what I’ve listened to. It’s very inviting, very welcoming. And I feel like it leaves a lot of room to experiment and improvise with your sound; you don’t seem tied to some traditional orthodoxy. But do you have any root notion around which the band revolves?

DB: My heart cockles are an absolute inferno right now by your words. “Root notion” whence we orbit? There are some bands that are consciously trying to sound like bands that they like, or a specific genre. It kind of makes sense, you like that music, you want to play music pretty close to like that. I would say the most important thing for Haunted Cat is to operate extremely far away from that, and rather separately and intensely appreciate all art via any mediums that we find most exciting, and filter things we love through ourselves and our collaborators into something that is hopefully unique and new. We get compared to other acts, and writing about music it’s very hard if not impossible to avoid that, but I never think we actually sound like those things.

RRX: The previous question alluded to the fact that Haunted Cat’s sound is diverse. That usually comes from people that have diverse tastes in music coming to the table. I saw that, in one of your specials, you had a song originally sung by Liberace mentioned. That seems like a big shot out in left field for music in these parts? What was that about?

DB: To clarify, in last year’s Halloween Special we brought Liberace back via seance, which was not as easy as you think, and we were granted an exclusive performance of “Violet” by Hole. Liberace is a total pro and we are still honored he showed up despite being very busy with his afterlife passions of snowboarding and jai alai. We could have brought John Lennon back because he has the universal stamp of acceptance, but that would have been extremely boring unless it was the period where he was getting super trashed and making an ass of himself in public, toward the end there. Liberace was way more fun. We had a wheel we spun that included Bam Bam Bigelow and Jesse Pomeroy, but we spun the wheel and the wheel spoke.

RRX: I also saw a picture of you all playing at the Low Beat, which is no longer around. It’s bittersweet to see venues go, as far as the memories we have as listeners, audience members. But a fun night for us may have been a major accomplishment for a band onstage. Any venues, Low Beat included, whose loss you’ve really felt? Why?

DB: For a very long time I couldn’t think about the loss of Valentines without feeling real sorrow, and when I pass that area, I still truly feel the loss. It was devastating to Albany when Valentines closed. That was the place for me and for a long time, nothing came close to filling that in the immediate Albany area. But looking forward there are a lot of great newer venues. No Fun in Troy is just amazing. Every time I go there I have a blast, and it seems it’s just getting better.  We still haven’t even played there yet, but we have really enjoyed seeing other shows there. I absolutely love Rare Form and saw like 100 great bands there last summer! We are playing there again on 7/23!

RRX: Going back to the specials. I see specials on television, and they’re usually themed, usually extravaganzas, and it’s as much me being in a holiday mood as it is the special’s performance. But when you guys do these specials, you go all out. And you probably start them well before the season. So, is it like celebrating the holidays twice?

DB: We collaborate with local artist-of-all-trades and technical wizard Eric-jon Tasker on many artistic endeavors, but we truly couldn’t do the specials without him. Together I think we started the Halloween one in April and we would just have our incredibly wonderful and game guest stars come weekend after weekend to film, and then we’d edit whenever we could. We lost a ton of footage when a hard drive fell on a concrete floor, and it was a wild ride. We have such limited resources so it was really a miracle that we pulled it off, especially since it included a live performance filmed at Desperate Annie’s like two days before we released it. By time Halloween came we were pretty much ready to move on to The Brazilian Republic Proclamation Day Special. The goal is that we can increase our resources, funds, etc. so we can go even bigger and have more options with whatever we want to do creatively. 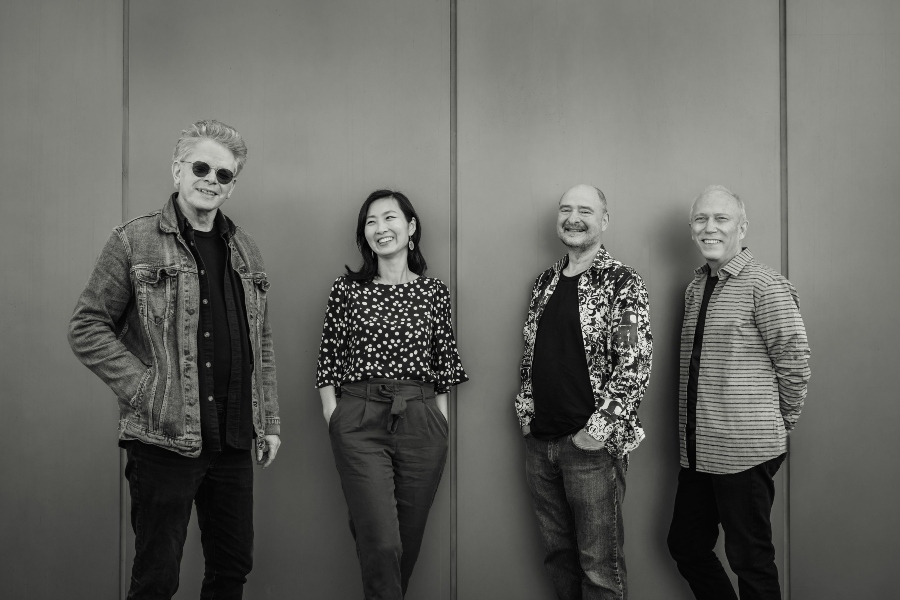 Summer Recap in Photos: Pony in the Pancake, Side-B, Shortwave Radio and Girl Blue (Outside of The Linda) 08/27/2022