Two quick notes before the topic at hand.

One, MAJOR thanks to those who made it out to celebrate Broadcast Legend Jim Barrett.

Second, and I’m VERY late in doing so (thanks Fredette, or COVID, not sure which is more deadly).

Last summer, I had a heart attack and a bypass.

I’m fine, better than before, and I’ll outlive all ya bastards (shout out MTE).

When I returned to this tripe called a column, I wrote about my experience.

Sometime after it was published, Art says I got some “fan mail.”

This past weekend, I finally was able to get the package.

It was from Al Spain, who appreciated the story, more so because he went through what I did, in 2017.

After his “pause on the Thruway of life”, he designed a logo he turned into a shirt,

The front had a huge zipper, with the words:

“STENTS ARE FOR WIMPS. REAL MEN HAVE BYPASS SURGERY”

I guess I’m officially in the club.

And, being competitive, my scar is bigger than yours.

Now, back to the regularly scheduled program, already in progress.

Last time, I talked about how Jim Barrett helped influence my choice of careers.

I made it to the Buckeye State, where men are men and sheep are scared.

(This was before I made it to Indiana, but more on The Stepford State down the line)

With two very active fields, there was very little time for other things, like studying, if you include beer, women, beer, weed, beer, well you get the idea.

I thought everything I was taught about radio and television was the gospel truth, and the ONLY way to work in this business.

Well, that was my idea when I got my first professional radio job, in May of 1977, between Junior and Senior years of college.

As I started working there, I kept saying “What a bunch of ranch hand loons in this building, NO ONE is doing what they are doing like I was taught IN THE BOOK!”

I eventually learned, as in every business around, f*ck the book.

Often I wonder what my former students at the local radio school, successful or not, thought when they found out I was making much of the sh*t up I was saying in their class.

My first radio job went from part time to full when management decided to become a 24-hour, 7-day a week station.

Boys and girls, in the past many stations signed off the air at midnight, if not sooner, especially back then when there HAD to be a live person in the building.

In 1983 I moved to right outside of Cleveland.

In 1986 (after a slight demotion), I got motivated to move to a job in the Capital District, home.

In 1991, I was “future endeavored” as it were, so I worked in a different field, keeping my broadcast ties in teaching.

In 1996, I returned to the air, part time at first, then another full-time position.

In 2007, back to the Capital District, to radio, to the dark side (I sold advertising)

A slight detour in 2008 to full time on the air radio in Glens Falls.

And in 2010 back to full time radio in the Capital District, at this point I ain’t moving nowhere.

I’ll either retire from what I do or learn to greet people while wearing a blue vest.

And in part, it all started by meeting, and being influenced by Jim Barrett.

I may not make 55 years like you have, Jim. I’m hoping for 50, but if it ends tomorrow, I think I made my mamma proud.

A Little Rock and/or Roll -Nickopotamus -Interview By: Liam Sweeny 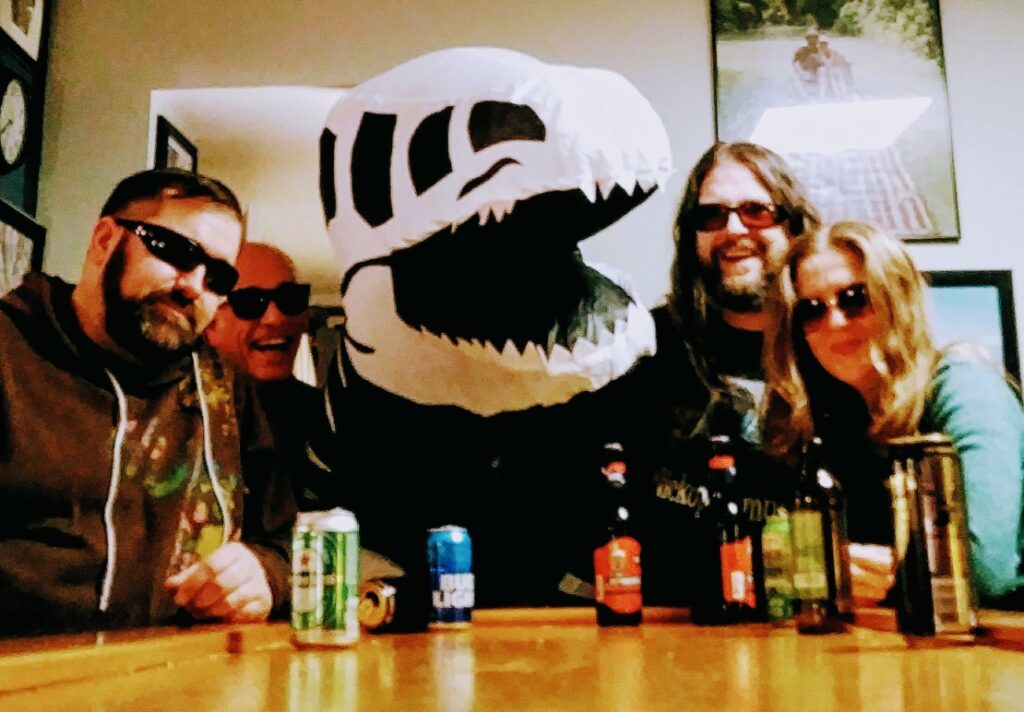 Video of the Day: Kenny Rogers – The Gambler