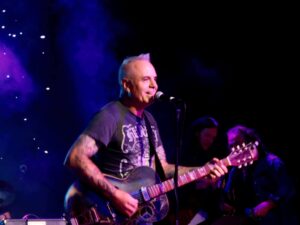 There’s a magic in music, a mysticism, only less in the way of sorcery, and more in the way that a bonfire is mystical. But at its heart, music is a communication. Whether it’s a call to your mind with moving, or novel chord progressions, or the simple backgrounds overlayed by a smooth voice telling a tale of better times, music talks to you.

Steve Candlen has been a communicator in the Capital Region for decades, as a drummer, and as a singer/songwriter. His communication is culled from the deepest part of him, and his words are art at the tip of his brush.

We sit down with Steve and about Christmas cheer.

RRX: You’ve been a drummer for a great many of your years, both locally and not-so-locally. We’re talking about touring nationally with The Young Rascals in the late eighties – early nineties. And now, you’re really taking hold as a singer/songwriter. Are you still drumming and splitting your time? Or is songwriting a new whole turn?

SC: Lately, I’ve been splitting my time between the two, I was in singer/songwriter mode exclusively for quite a while over the past decade but, recently, I have rekindled my passion for drumming. With the formation of Family Tree a few years ago, along with bandmates Chad Ploss, Lori Friday, Kenny Hohman and newest member Chris Carey, my love of playing the drums has me in the woodshed practicing daily.  I’m loving it! The band features, not one but, two drummers, Chad Ploss and myself. Chad is a great player and keeps me inspired and on my toes. The group has a current artist residency at Putnam Place, every Monday night in Saratoga Springs N.Y.

Putnam Place and Sly Fox of (Sly Fox and The Hustlers) have been instrumental in helping us create a very special night of music on a weekly basis. Also, thank you to all the folks at RadioRadioX for featuring the group in one of their latest issues.

Family Tree is an ever-growing creativity lab of sorts. I’m excited to see where it takes us in the future.

As for songwriting, it is still a daily endeavor.  I love the process of fleshing out song ideas. As for performing, my schedule is still primarily based around me playing guitar and singing in and around the capital region.

Supplementing my 2022 schedule with Family Tree shows is under way, if any venues or event planners are interested in booking the band or solo acoustic dates, please reach out.

RRX: Songwriting is something you don’t take lightly. You look for poignancy, art beyond the simple function of filling rhythm. You seem to approach your words in the way a poet would. Do you think poetry and songwriting are synonymous, or are there other differences? Do you think the poet and the songwriter could easily swap roles?

SC: I think they’re somewhat interchangeable, sure. Songs are short forms similar to poetry, there is rhythm, and rhyme, and content. I’ve always enjoyed the turn of a phrase and the sharing of personal perspective. Songs have that musical element which can support and influence the actual content quite a bit. Sometimes you don’t need a lot of words to get a point across. Sometimes you don’t need to say anything, just write something instrumentally.

RRX: I’ve seen your performances on WMHT and NPR, places which showcase music as a purity, as in ‘music for the sake of music’, or perhaps ‘music isolated.’ You’ve also played the bar with the rowdy crowd, who became a part of the performance too. Do you think these are just different outlets, or do they make the music itself different?

SC: Usually, the space and atmosphere dictates what is happening, no doubt. I enjoy all the opportunities I’ve had to perform in any number of settings. I always walk away having learned something. Small intimate concerts are my personal favorite.

RRX: You’ve played, perhaps still, with Kevin McKrell. He was one of our early interviews. And this is commonplace that we interview people in different issues that have connections with each other. What kind of music do you play with Kevin, is it strictly Irish, or does it branch? And how did you two connect?

SC: I played drums with The Mckrell’s for a few years about 15 years ago. It was always a lot of fun. Kevin is such an incredible talent. A great musician and a wonderful writer who is also an accomplished painter. When we perform together on stage it always gets pretty tribal and we take the Irish tunes in an exciting direction. I’m looking forward to an upcoming date with him and his band on March 17, St. Patrick’s Day, at The Parting Glass.

RRX: You’ve been a presence in the Capital Region for decades, both as a drummer and as a singer/songwriter. You’ve watched the area grow, and at the same, the area has watched you grow in a sort of Zen way. I like to ask people how the area has changed, but I’ll ask you this; how do you think the area is going to change in the coming years?

SC: The Capital District is hotbed of talent and opportunity. We are blessed to have such a variety of successful venues to play. I see no end in sight as far as growth goes. Since the pandemic hit, I think our collective population has grown significantly. I’ve met quite a few folks who have moved up from the city looking for a bit more space. In turn, our clubs, restaurants, and entertainment venues are busier than ever.

Jack White: On the Record -By: Johnny Mystery 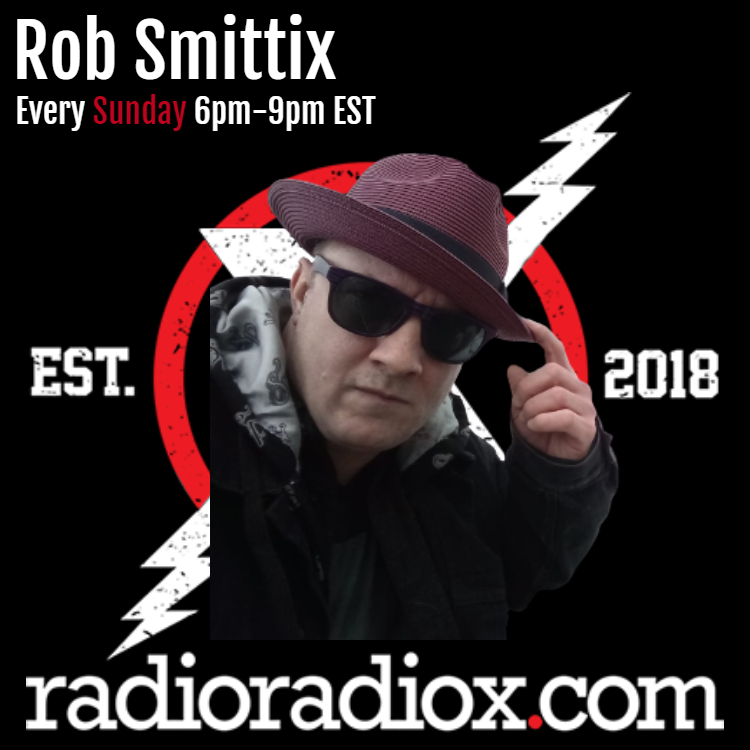